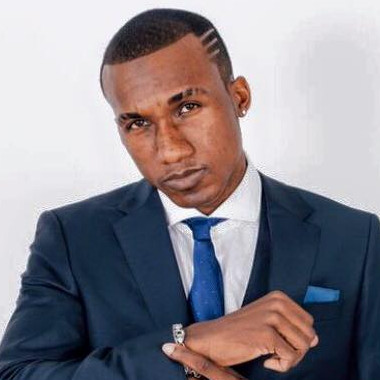 Hopsin is American rapper as well as a record producer, director, and actor. He is famous for his 2010 album Ra.

Once, Hopsin hit the media when he arrested in Orlando where there has been the dispute in the nightclub.

Marcus Jamal Hopson was born on 18th July 1985, in Los Angeles. He grew up along with his two brothers in the Panorama City neighborhood of Los Angeles. Hopsin attended elementary school in Los Angele and went to James Monroe High School, where he placed into special education classes. But, he dropped out of high school during his senior year in 2004 to pursue a career in entertainment.

He started making beats using FL Studio and bought an $8 microphone from Wal-Mart, installed Fruity Loops on his computer. He locked himself in the basement. As time went by he knew that his lyrics and production had surpassed what he was hearing on the radio.

Hopsin can be recognized on stage by his iconic look of shave lines in his eyebrows and colored eye contacts; he uses these appearances to bust out of the cliche African-American rapper look and make his look and performances a more memorable one.

At the age of 12, he was an interest in skateboarding. He began rapping when he was 16. Hopsin’s two most influential inspirations are Michael Jackson & Eminem.

In 2001, he began recording his debut project “Emurge”. Next year, he released locally in 2003, copies of the project is very sparse and hard to find. In 2008, a bootleg version appeared online and had many extra songs on it, however to this album has never been released officially.

Struggle with Ruthless Records and beginning of Funk Volume

In 2007, Hopsin signed a major record deal with “Ruthless Records”. Even he began recording his debut album as early as 2004, he was originally hailed as one of the driving forces behind attempts to bring Ruthless Records back to the previous glory.

On 27th May 2008, his released his lead single from his debut album “Pans in the Kitchen”. The album set to be self-produced by Hopsin and feature no collaborations with other artists. However, his debut album, “Gazing at the Moonlight” was not able to release on 27th October 2009, as planned. Because of many issues of his debut album, lack of salary, support, and promotion, Hopsin decides to break the deal with Ruthless Records.

Before the departure from Ruthless Records, Hopsin founded his own independent label “Funk Volume” with Damien Ritter. In June 2009, Hopsin along with SwizZz released a collaborative mixtape “Haywire ” to promote the label. “Funk Volume” was originally wanted to sell it for retail sale but unable due to Hopsin still being contracted by Ruthless Records.

Hopsin released “Nocturnal Rainbows” as the first single off his upcoming second album Raw on 1st August 2010. Hopsin released a music video for the song “Sag My Pants”, the second single off Raw on YouTube, 8th October 2010.

The video able to become a YouTube success and currently, it has over 37 million views. In the song, Hopsin pokes fun and disses other celebrities. Hopsin’s second album, Raw, was released on 19th November 2010.

Hopsin released the 5th installment “Ill Mind of Hopsin” on July 2012, which made YouTube with huge success and received over 1 million views in less than 24 hours and currently has over 50 million views.

On 26th November 2013, Hopsin released his album “Knock Madness”  which featured guests for the album include Dizzy Wright, SwizZz, Jarren Benton, and Tech N9ne. Hopsin released “Ill Mind Six: Old Friend”, 18th July 2013, on his YouTube channel. “Knock Madness” was released on 26th November 2013, by Funk Volume which debuted at number 76 on the Billboard 200 with first-week sales of 12,000 copies.

Hopsin released his 7th installment “Ill Mind of Hopsin 7” on 18th July 2014. The video for “Ill Mind of Hopsin 7” received over 1 million YouTube views in a day. Due to some business issues and financial disputes with his co-founder of the label, Damien Ritter, Hopsin announced via social media that Funk Volume is “officially dead” in 2016 and left officially in March 2016.

He released his 8th installment “Ill Mind of Hopsin 8” under the label. The song is debuted in  Hopsin’s new independent record label, Undercover Prodigy. The song able to peak at number 21 on the Bubbling Under Hot 100 Singles chart, which became Hopsin’s highest charting single to date.

Marcus Hopsin is one of the controversial stars. His rap music and videos are the subjects of much debate and criticism. Once, Hopsin hit the media when he arrested in Orlando where there has been the dispute in the nightclub. He is the hater of Odd Future’s music and according to him; it plays the random lyrical contents.

His most controversial part of the video is the section about “unplanned pregnancy”. After seeing his video, Taylor Dudley stated, his video is good however she disagreed with his views on this subject.

She felt, harsh and revealed not all teenage pregnancy happens because of negligence. He revealed his biggest complaints of critics is the vulgarity in his songs and videos take away from his message. She claims his language really helps him make his point. “it puts it bluntly, so there are no loose standards to be misconstrued”.

Tour and Net Worth

In March 2011, Hopsin went on a two-month nationwide tour to promote Raw with the I Am RAW tour. The Knock Madness tour beginning in December 2013. Hopsin and the rest of the Funk Volume artists went on a three-month worldwide tour in the fall of 2012 which included 58 shows in 60 days in the United States, Europe, and Australia. His estimated net worth has $3 million in 2016.