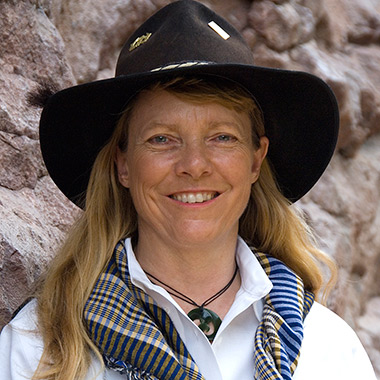 L. Hunter Lovins; an author, promoter of sustainable development for over four decades is a woman with selflessness, wearing the heart of a philanthropist, who has served mankind throughout her life.

L. Hunter Lovins was born on 26 February 1950 in Ripton, Vermont, the United States. The president of a 501 (c)3 non-profit organization, ‘Natural Capitalism Solution’ and the Chiel of Insurgent of the Madrone Project, Lovins completed post-graduation from Pitzer College in Claremont, California, majoring in Sociology and Political science. She studied law at Loyola Law School in Los Angeles and received Jury Doctor (J.D). Shortly, after he earned J.D, she practiced law by becoming the member of State Bar of California, where she served as the Assistant Director for California Conservation Project (also known as Tree People), a forestry and environment education group for straight six years. Lovins also contribute for Friends of the Earth as a policy adviser under environmentalist, David Brower and was named Henry R. Luce visiting professor at Dartmouth College. She had also given many lectures on the environment to several universities. She is the current professor of Sustainable Management at Bainbridge Graduate Institute in Seatle, Washington.She was the co-founder of a 50-person research center called ‘Rocky Mountain Institute’ (RMI); which is a $7 million yearly budget (half of it is earned via programmatic enterprise). Lovin served as the Chief Executive Officer for strategy in RMI until the end of 2002.

Lovins was one of four people from North America to serve as a delegate to the UN’s prep conference for Europe and North America for the World Summit on Sustainable Development. She was a commissioner in the State of the World Forum’s Commission on Globalization. In 2003, she created Natural Capitalism Inc. and the non-profit Natural Capitalism Solutions to implement the ideas of sustainable development on a worldwide basis.

She advises companies and non-profits, including Engineers Without Borders, Portfolio 21, GreenMountain.com and The Natural Edge Project. She was a founding director of RMI’s for-profit spin-off, E SOURCE, until its 1999 sale for $18 million to the Financial Times. In 2013, Hunter was named the mentor for a technology accelerator for beginner entrepreneurs to scale their ventures in international markets called ‘Unreasonable at Sea.

Hero of the Planet and green business icon, Hunter Lovins was honored with Right Livelihood Award in 1983 and Leadership in Bussiness Award in 2001. She also received a number of Awards for her article on the environment such as ‘Hypercars’ and received many doctorate honors for her work, including the Distinguish Alumni Awards of Pitzer College. Lovins has co-authored fourteen books till date and many of her professional papers were published in various journals.

Lawyer, forester, and social scientist, Hunter Lovins married an American physicist, environmental scientist, writer, Amory Lovin in 1979. Her husband is the co-founding member of Rock Mountain Institute. The couple separated on 1989 and final their divorce paper in 1999.