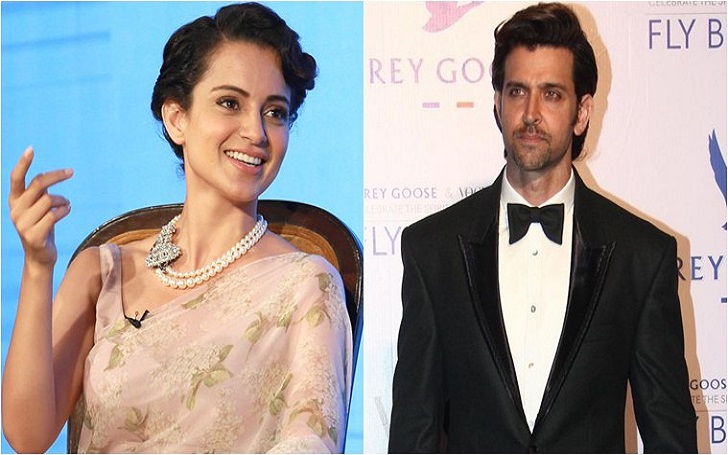 Hrithik who earlier was in a marriage relationship with Sussanne Khan has opened up on the controversy related to the affair with actress Kangana Ranaut.

Hrithik Roshan and Kangana Ranaut middle of a Legal Battle

Hritik and Kangana worked twice in the movies Kites and Krrish 3. During the movie Kites, Hrithik was rumored to be in a relationship with his co-star Barbara Mori.

We know that rumors are not to be true but Hrithik and Kangana’s affair started addressing the surface after Krrish 3. They are supposed to be closed during the shooting of the film.

Hrithik and Kangana’s affair rumor gained more attention after Hrithik, officially separated from his wife. And it is said that Kangana was the reason for their divorce. Do you think so?

Kangana really shocked the media when she referred to Hrithik as her ex. She said during an interview with PinkVilla-“Sometimes exes do silly things to get your attention”.

Hrithik was slapped with a legal notice by Abraham Mathai for suggesting that Pope in gay through his tweets aimed at Kangana. And after 5 days, Hrithik Roshan delivered an apology.

Although the tweet did not point a direct finger at anybody, the tweet came after Kangana called him an “ex” in an interview with PinkVilla.

Their love affair turned sour and became one of the ugliest love stories in the history of Bollywood. The sources told that Hrithik was in a relationship with Kangana but he changed his color and said there was nothing between them when he went for an outdoor shoot in Manali. Let’s watch this video.

Hrithik even had complained to the police against Kangana for mentally harassing. As per the report, she sent thousands of emails over a short period of time. On April 22, a trail of the email was made public. But later on, Kangana’s lawyer maintains that her email was hacked.

The golden couple decided to end their 17 years long relationship. And this news really shocked his fan. The court granted a divorce to both of them by mutual consent.

Their divorce was finalized in the family court in Mumbai. Sussanne said the reason for their divorce. She said:

“We had reached a stage in our lives where I decided that it’s better we weren’t together. It was important to be aware and not be in a false relationship. We are close (friends).”

As conclusion, we can say that Hrithik was involved in a relationship with Kangana but they still are facing big controversies.