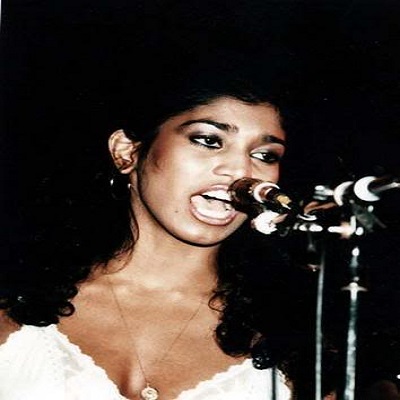 An American singer and musician, Susan Moonsie is a well-known name in this entertainment industry. She is famous as a member of “Apollonia 6 and Vanity 6”.

Regarding her personal life, she was previously married to David Garfield. Moonsie is also well known for her romantic relationship with Prince.

Susan Moonsie was born on 21st January 1964, to a family of Trinidadian heritage. Moonsie spent her childhood days as well as her youth days in Minneapolis, Minnesota. The information regarding her parents’ identity and education is not available on social sites.

Susan Moonsie began her career at the age of 18. At that time, she met the famous musician, Prince, who created a band “Vanity 6”. Soon later, she became the singer for them from 1982. She gave an image of teenage Lolita among the audiences and fans all over the world.

Later, with falling and disrupting relationship with Prince, she left the group with Brenda Bennett. Moonsie and Brenda Bennett, a fellow Vanity 6 member then joined Patricia “Apollonia” Kotero, after Vanity’s separation from Prince, as Apollonia 6 in the 1984 film Purple Rain.

Susan taking a page out of the #Prince dance playbook having some fun up against that microphone. #Vanity6 pic.twitter.com/saij09VsOn

Susan Moonsie was in an on-and-off relationship with the legendary musician, Prince from 1980. Their relationship began while they were working in Vanity 6. The two were high school sweethearts. However, there were various reasons which occurred the reason for their farewell.

There were lots of rumors and speculation about their relationship. There were rumors that the two parted because of his closeness with Vanity (Denise Matthews) in January 1982. Moreover, another news was the reason behind their separation was Prince’s closeness with Susannah Melvoin.

After the separation, she married an American actor and film editor, David Garfield. The two married on 29th December 1988, in a private ceremony where only their close friends and relatives got a chance to attend their wedding.

Unfortunately, her husband passed away at the age of 51 after heart failure in on 24th November 1994. Since then there is not much to talk about her personal life. Currently, it seems that she is leading a single happy life.

Susan Moonsie became intensively popular with the music such as He’s So Dull: Vanity 6 and Nasty Girl: Vanity 6. She has earned great name and fame in this industry. Her several albums were successfully hit through which she obtains a good sum of money.

Moreover, Susan also earns a good sum of money from several tours and concerts. Allocating information from several sources as of 2018 it is found out that Susan Moonsie current estimated net worth might be around $4 million.