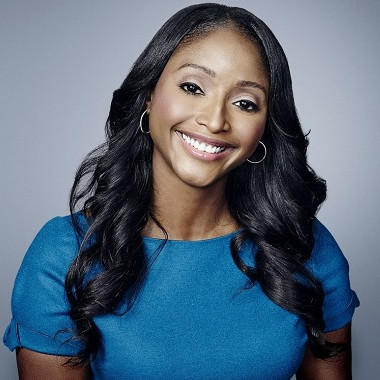 Isha Sesay is an accomplished anchor and correspondent for CNN International. She co-anchors ‘CNN Newsroom’ with John Vause from 12-3am ET/9-12am PT on CNNI and CNN/US.

Sesay was born on  6 January 1976, to Temne parents from Sierra Leone in Bordeaux, France. Her mother, Kadi Sesay is a Sierra Leonean politician, and the Vice Presidential Candidate of the Sierra Leone People’s Party. Her father, Mamud Sesay was a legal advisor to Sierra Leone produced marketing board, who died in 1988. She has two siblings named, Mamud Sesay and Jane Sesay. 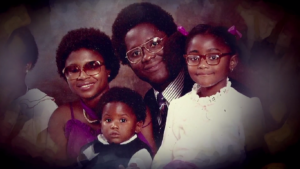 Isha Sesay’s Father and Mother, with her brother, Mamud Sesay

At the age of seven, Sesay along with her family moved back to their home country, Sierra Leone. Sesay was raised as a Muslim and went to private Fourah Bay College School in Freetown. She moved to the United Kingdom to study at the age of sixteen. She completed her A-levels and holds a BA honors English degree from Trinity College, Cambridge University.

Initially, Sesay wanted to become an actress but she later changed her mind and decided to be a television journalist. Soon, she began writing to media groups seeking work in her final year. 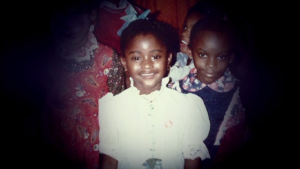 After graduation, Sesay started her career as a researcher in BBC talk show “Kilroy” as an unpaid intern. In 1998, she was hired as a full-timer by BBC and moved to Glasgow to work for BBC Scotland.

In 2001, she made her debut in camera as an announcer for BBC Choice. Later, she ran a variety of shows for BBC, CNN, and TWI. In 2002, she joined Sky network as an anchor for “Good morning sports fans”. And remained there more than three years for Sky Sports. 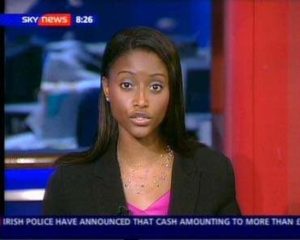 Sesay joined CNN in November 2005 from the UK broadcaster ITN, where she anchored ITV’s Early Morning News program, as well news bulletins for the UK’s most watched breakfast program ‘GMTV.’ Regarding the work, in 2007 she traveled to South Africa, where she covered the launch of ‘The Elders’- an initiative founded by Nelson Mandela to tackle the world’s intractable problems. 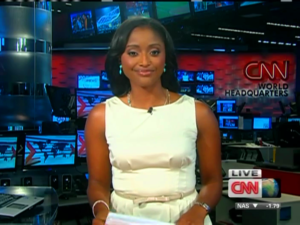 Other major stories included Zimbabwe’s disputed 2008 election; the Russia-Georgia conflict; the assassination of Benazir Bhutto; the kidnapping of British toddler Margaret Hill in the Niger Delta; the death of Slobodan Milosevic; Liberia’s historic election of Ellen Johnson-Sirleaf; the hospitalization of Ariel Sharon; the foiled transatlantic plane bomb plot; the Israeli-Hezbollah war; the arrest of John Mark Karr in connection with the death of Jon Benet Ramsey, and the Live Earth concert in Johannesburg, South Africa.

Her 2009 story for ‘Inside Africa’ on a group of young refugees mostly from Africa brought together on a football team in Clarkston, Georgia earned her a New York Association of Black Journalists award.

In 2010, Sesay covered the World Cup from Johannesburg, South Africa, capturing the global impact of the month-long event. Later in the year, Sesay headed to Nigeria for CNN’s iList series. She reported from the country’s capital, Abuja, for a special week of coverage and landed an exclusive interview with Nigerian President Goodluck Jonathan.

In 2011, she played an integral role in CNN/U.S. and CNNI’s joint coverage of major global news events including the protests in Egypt, Japan’s nuclear reactor crisis, the Amanda Knox trial, the fall of Tripoli. And was nominated for a 2012 News and Documentary Emmy and the royal wedding live from London.

Having covered the 2008 Democratic National Convention (DNC) in Denver, Colorado, Sesay traveled to Charlotte, North Carolina to report from the 2012 DNC as part of CNNI’s coverage of the U.S. presidential race.

In 2014, Isha Sesay reported from Nigeria on the kidnapping of more than 200 Nigerian girls from a school in Chibok, and the subsequent social media campaign “BringBackOurGirls”  to find them. 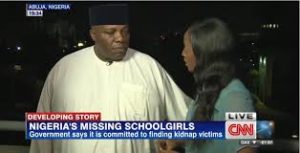 In 2015 CNN’s coverage of this story was recognized with a Peabody Award. Sesay received a Gracie Award for Outstanding Anchor in the category of  News or News Magazine, for her coverage of these missing girls.

She also covered the deadly Ebola outbreak in West Africa in 2014, interviewing a number of key officials about the crisis including Liberia’s Vice President Joseph Boakai and President Alpha Conde of Guinea.

Sesay joined First Lady Michelle Obama in Liberia and Morocco for an upcoming CNN Films, “We Will Rise: Michelle Obama’s Mission to Educated Girls Around the World.” The film, which also features Meryl Streep and Freida Pinto, focuses on girls overcoming incredible challenges to achieve an education. It was premiered on Oct. 11, 2016, on CNNI and Oct. 12 on CNN/U.S. 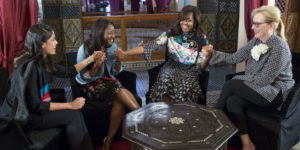 A chat with Isha Sesay about the documentary that’s going to make you cry.
Source: Marie Claire

Sesay has covered numerous breaking news stories and events of global interest. She anchored CNN’s breaking news coverage of terrorist attacks in Paris in November 2015 on CNN/US and CNNI, which went on to receive the 2016 Royal Television Society (RTS) Award for ‘Best Breaking News Coverage.’

A seasoned and award-winning journalist, is also the founder of W.E.Can Lead, an NGO that gives girls in Africa the opportunity to complete primary and secondary schooling.

Interviewed a number of World Leaders

Complementing her role as anchor and correspondent, Sesay has co-hosted the CNN MultiChoice African Journalist Awards, the premier accolade for excellent journalism across the continent, many times in the last several years.

Sesay is a happily married woman. She got married to Leif Coorlim, a fellow CNN staffer in 2013. The wedding ceremony took place at Mandarin Oriental, Atlanta, Georgia, United States. The couple engaged on 5 January 2013. Currently, she lives in California with her husband. 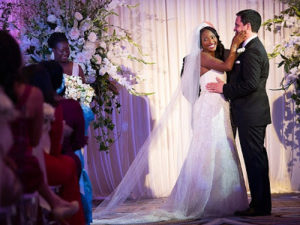 Having served the CNN for more than a decade, Isha Sasey’s exact actual figure about her salary and net worth is not yet disclosed. However, one can assume that she is highly salaried and has a handsome net worth. She is active on social networking sites like Twitter and aInstagram