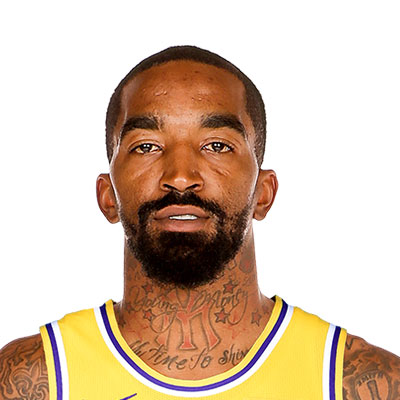 J.R. Smith is married to Jewel Harris. The husband and wife are blessed with three children, Demi, Peyton and Dakota Smith. Read more to know about this personal life, early life, education, career, salary and net worth.

Earl Joseph Smith was born on September 9, 1985, in Freehold Borough, New Jersey, to Earl Smith Jr. and Ida Smith. He has three brothers and two sisters including Dimitrius, Chris, and Stephanie Smith. His younger brother, Chris is also a professional basketball player.

In 2004, J.R. Smith became co-MVP with Dwight Howard at the McDonald’s All-American Game. In the same year, New Orleans Hornets selected Smith in the first round of the 2004 NBA draft.

J.R Smith made his professional basketball career debut with New Orleans Hornets. In his first season, he averaged 10.3 points, 1.9 assists, and 2.0 rebounds. Besides, he became the Western Conference Rookie of the Month for three consecutive times.

Smith played with team New Orleans Hornets for two years, and then he was traded to Denver Nuggets. After playing five years with Nuggets, he then subsequently joined Zhejiang Golden Bulls and New York Knicks. Throughout that time, Smith collected numbers of titles including, CBA All-Star, CBA scoring champion, NBA Sixth Man of the Year, and NBA Champion.

Currently, the talented player plays for the team Cleveland Cavaliers along with renowned professional basketball players such as Lebron James, Kevin Love, Tristan Thompson, Kyle Korver and so on.

J.R Smith is married to a beautiful woman, Jewel Harris. The couple got married on August 8, 2016. The husband and wife are blessed with three children; all daughters, Demi, Peyton, and Dakota Smith.

Prior to Jewel Harris, Smith also has been in the relationships with an American singer K. Michelle, model Chanel Iman, Tahiry Jose, Britani Girard, and Solange. However, their relationship was only for certain period.

Currently, Smith is spending quality time with his spouse, Jewel Harris. He has not involved in other love affairs, neither his spouse is. Besides, Smith seems to be spending much time with his family. He often posts pictures of himself with his kids.

J.R. Smith makes a great salary from his basketball professions. As of 2018, he makes a salary of $6.5 million per seasons. Likewise, his estimated net worth is $20 million.

The talented player also owns several cars including Ferrari, Mercedes Benz which price in the market is in thousands of dollars.