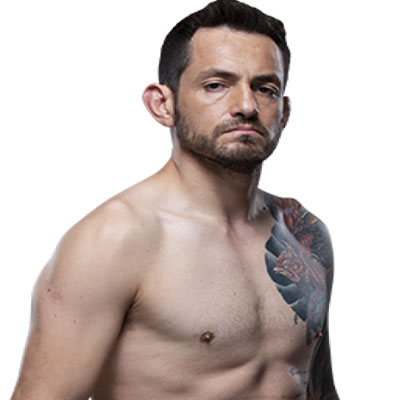 Henry “Bure” Briones is a Mexican mixed martial artist who is currently fighting in Bantamweight division in the Ultimate Fighting Championship(UFC). He has been active in his career since 2007. He has a record of 16 wins, seven losses, and a draw.

Besides having a good career, Briones is also a family man. He is married to his long-term girlfriend Mely Cuen, and they share three children together.

Henry Briones was born as Enrique Briones on 22nd October 1980, in Tijuana Baja California, Mexico. His mother is Lupita Briones who he considers to be his inspiration.

Before starting a UFC career, Briones played hockey in high school and dedicated his fourteen years to the sport. Briones was nicknamed “Bure” by his hockey fans since they saw the similarities between him and Russian ice hockey player Pavel Bure. Briones decided to keep this nickname as he moved forward with his UFC career to honor his hockey fans.

Briones studied Computer Science Engineering in college. However, he had to start law school due to a change in the direction of his life. Furthermore, he worked at a law firm on weekdays and as a bartender on weekends to make ends meet. Briones began fighting much later in his life when he joined ENTRAM gym at the age of 26.

Prior to joining UFC, Briones fought primary in the Mexico circuit. Later, he participated in The Ultimate Fighter: Latin America 1, an installment of UFC. However, he lost to Marlon Vera in the quarter-final round and failed to be selected as a contestant on the show.

Briones won the title of Cage Gladiators Lightweight Champion in 2010 against Joe Gustina. Briones made his promotional debut at UFC on 15th November 2014, against Guido Cannetti at UFC 180 in Mexico City.

He won the bout via rear-naked choke in round two. He then faced Cody Garbarndt on 11th July 2015, at UFC 189 and lost the fight by a unanimous decision.

Briones was scheduled to face Brad Pickett on 27th February 2016. However, he pulled out from the fight citing injury. Since then the fight between them has been rescheduled three times, and they are yet to combat.

Briones faced Rani Yahya on 5th August 2017 but lost the fight via kimura submission in the first round. He is expected to face Frankie Saenz on 19th May 2018, at UFC Fight Night 129.

Henry Briones is married to Mely Cuen. The two started dating back in 2014. Cuen is also involved in Brazillian jiu-jitsu. The two got engaged in 2016 and then married soon after. They are blessed with three boys: Henry Briones, Fenix Briones, and Maddox Briones.

Briones loves spending time with his family. He prioritizes his children, and he is a proud father. Briones has a successful career and a supportive family.

[ CAPTION: Henry Briones getting out of his car with his children ][ SOURCE: Instagram ]

Furthermore, Briones owns a home in Mexico. The house is cozy and shelters his beautiful family. He also owns a Chevrolet Camaro which is priced around $26,700.

Allocating information from several sources as of 2018 it is estimated that Henry Briones net worth is to be around $4 million.