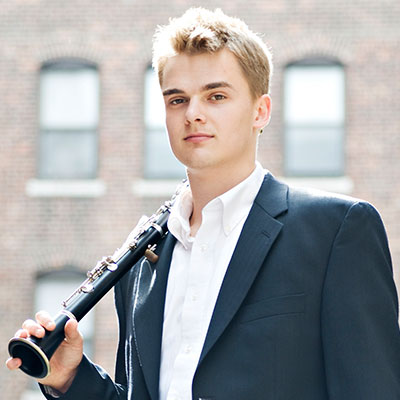 An American clarinetist and music composer, Shankar Tucker is well-known for his YouTube music channel “The ShrutiBox.” His mashup song Jaane Kaise by Shankar Tucker ft. Shashwat Singh has 1.3M views and is able to score 211K subscribers.

Shankar along with his girlfriend, Vidya Vox, co-founded the ShruiBox Music, Inc. and they often collaborate and appeared in each other videos. He joined YouTube on 10th January 2011 and has over 28,435,679 views.

Ambrose Avril Tucker aka Shankar Tucker was born on 31st July 1987 in Boston, Massachusetts. He grew up in Ashfield, Massachusetts with his father William G. Tucker, Sculptor, and mother, Pamela “Kamini” Avril. He also collaborates with his younger sister Akshaya Avril Tucker, a cellist, Indian Classical dancer, and YouTuber.

Shankar attended the Pioneer Valley Performing Arts Charter Public School and started learning clarinet at the age of 10. After earning a scholarship to the New England Conservatory of Music, he was deeply interested in Jazz and classical Indian music which he heard first time from the album Remember Shakti by John McLaughlin.

After pursuing a Bachelor of Classical Performance, Classical Music, from the New England Conservatory of Music, he got an opportunities to learn from the world-famous Indian flute player Hariprasad Chaurasia at his Vrindaban Gurukul in Mumbai during the summer of 2010.

Tucker has toured with renowned humanitarian “Amma” Mata Amritanadamayi Devi, performing with her hymn “Bhajan” over 12 major cities across the United States in 2009. During the tour, he also released his first recorded album of fusion composition Uplift.

#tbt to the storm festival last year with @shankar_live, “Sapnon Se Bhare Naina”… What a voice!!

Shankar Tucker was invited to play at the first Indo American Inaugural Ball by the Indian Americans in Washington, D.C.  Additionally, he has also performed at the White House Diwali function of 2012 which was hosted by Vice President Joe Biden.

Moreover, Shankar Tucker and his girlfriend Vidya Iyer co-founded the ShrutiBox Music, Inc which is the title of an ongoing series of internet music videos which is directed by him. He started a new project on Kickstarter, “Shanker’s New Album and Video Series” in order to fund his tour and the album Filament.

For the fund, his target was $20,000 within two months but reached $34,055 just in 6 days which clearly explains that he has a huge fan following.

The famous YouTuber, Shankar Tucker is currently dating girlfriend, Vidya Vox. She is an American YouTuber and Singer also known as Vidya Iyer. She earned wide recognition after her mashup of Major Lazer’s Lean On with Punjabi Folk.

Shankar and Vidya met each other in college and having same hobbies and interested the couple fell in love. The couple often collaborates and seems to be strongly bonded with each other. Though the couple hasn’t married, they live together.