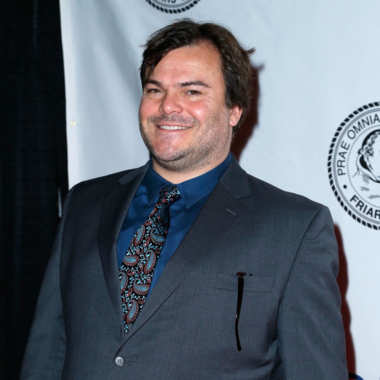 Jack Black is best known as an American actor, comedian, producer, and singer. The versatile personality, Jack is popular due to his Comedy movies and is famous for the role he portrayed in films like High Fidelity, Shallow Hal”, “School of Rock,” “KingKong,”The Holiday,” “Kung Fu Panda 3” and “Bernie.”

Thomas Jacob “Jack” Black was born on August 28, 1969, in Santa Monica, California. He got raised in Hermosa Beach, California. His father was German-British and mother was Jewish. Jack has two siblings, named Rachel Black and Howard Black. His parents divorced when he was ten years old, and he moved to Culver City with his father. He attended Poseidon School, a traditional School after migrating with his father. Later, he joined Crossroads School, where he excelled in drama. He also participated in the University Of California at Los Angeles where he was a member of Tim Robbin’s acting troupe.

Jack Black started working in a commercial for the Activision game Pitfall in 1982. He began his acting career from Prime Television. He got minor roles in movies like Airborne, Water World, The Fan, The Cable Guy e.t.c. In 2000, Jack appeared in the movie “High Fidelity” as a wild employee, which highlighted his appearance and acting skill. After that, he achieved leading roles in movies like Shallow Hal, Nacho Libre, Gulliver’s Travel, Year One and so on.

Jack’s movie “School Of Rock” was a critically acclaimed film and which lead him to the nomination Golden Globe Nomination Award for Best Actor – Musical Comedy.

In 2001, Jack appeared in the comedy movie “Shallow Hal” as Hal Larson, for which he got nominated for Teen Choice Award for Choice Movie Actor (Comedy).  In 2002, he also appeared in “Orange Country” as Lance Brumder which was a big budget Comedy movie.

Jack’s movie “Kung Fu Panda” was hit at the box office which earns approximate $630 million worldwide. His voice as “Po” got nominated for Kid’s Choice Award for a personal voice.

Jack Black got regarded as Jables, popular for his comedy rock/ hard rock band Tenacious D. They have released three albums- a self-titled debut, The Pick Of Destiny and  Rize Of The Fenix. He provides vocal for the two tracks 2006 album, Death By Sexy, and on “The Lonely Island’s Track from the album “Incredibad.”

Jack Black got married with his high school girlfriend, Tanya Haden on March 14, 2006. Jack and Tanya were school mates when both of them attended Crossroads School. They again met after 15 years at a birthday party of their mutual friend. Jack propose Tanya on Christmas day in 2005. They fall in love, and after dating for one year, they got married in Big, Sur California. Jack with his wife Tanya Haden and son, Thomas at a premiere of his film “Goosebumps.”
Source: Dailymail

The couple is blessed with two children, first son, Samuel “Sammy” Jason Black(born on June 10, 2006) and second son, Thomas David Black (born on May 23, 2008).  Jack Balck is atheist, but he is raising his children as Jewish. He is happily married and is fortunate with two sons.

Jack is the Lead Vocalist of “Tenacious D” and also an actor in movies like “Shallow Hal,” Tropic Thunder, Kung FU Panda and others. And with all his successful movies and songs her has added a lot to his net worth.

So, Jack is wealthy and is living prosperous life with his family. His estimated net worth is $20 million. The comedian actor is successful in his profession and regarded as the richest celebrity of Hollywood Industry.