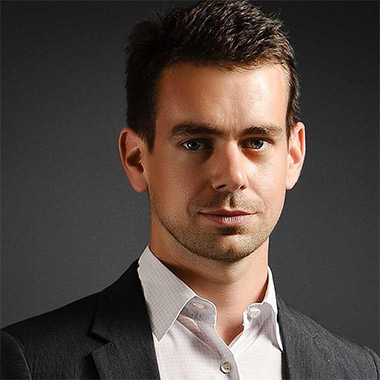 Jack Dorsey is a well-known 2012’s ‘Innovator of the Year’ American software entrepreneur and computer programmer, widely known as the co-founder and CEO of popular online social networking service called Twitter. He is also the founder and CEO of a mobile payment company Square.

THE DROPPED OUT KID’s EARLY LIFE

Jack Dorsey was born on November 19, 1976, in St. Louis, Missouri, United States, to Marcia and Tim Dorsey. He is an Italian descent; his mother was a homemaker while his father worked for a company which developed mass spectrometers. In addition, Dorsey follows Catholic religion and his uncle is a Catholic priest in Cincinnati. Jack Dorsey attended Bishop DuBourg High School, a Catholic institute. He was interested in dispatch routing since he was thirteen years old. Many taxi cab companies still use his open source software he created when he was jus the age of 14. He briefly studied at Missouri University of Science and Technology and later transferred to New York University Tandon School of Engineering. But Dorsey never finished his studies and drop out like other computer science entrepreneurs such as Bill Gates, Steve Jobs and Mark Zuckerberg.

It was during his time at New York University, Jack Dorsey, who has a speech impediment came up with the idea that is now called Twitter. Jack Dorsey moved to California while he was still working on dispatching as a programmer. In 2000, he started his company of dispatch couriers, taxis, and emergency services from the Web platform in Oakland. His ideas and other projects included networks of medical devices. He then was inspired and got an idea for a Web-based real-time short message communication service. He after implementing instant messaging, he wondered that whether his software’s user status can be shared to his friends easily. He then approached Odeo, the now-defunct Silicon Valley Company. During that time, Odeo was one of the interesting company in text messaging. Dorsey partnered with Biz Stone and build a prototype of Twitter in about two weeks. Their discovery was critically acclaimed by the users which led Evan Williams to invest in the idea after he left Google after he sold Blogger and Pyra Labs.

Odeo co-founder Evan Williams, Stone, Noah and Dorsey started a new company called Obvious with Dorsey as the CEO. Obvious was later evolved into Twitter Inc. Dorsey left the position of Chief Executive Officer for a while to practice yoga and fashion designing. On 16 October 2008, Williams took over the role of CEO while Dorsey became chairman of the board. After Dick Costolo replaced Williams as the CEO, he returned to Twitter as Executive Chairman on 28 March 2011.  Twitter began to grow in popularity and created revenue as of 2008.

THE CREATION OF SQUARE Inc.

Jack Dorsey describes his three guiding principles as simplicity, constraint, and craftsmanship. He developed a small business platform which accepts credit as well as debit card payments on a mobile device called Square which was released in May 2010. It is square shaped and is attached to iPhone, iPad, iPod Touch or any Android devices with the help of headphone jack. A mini card reader allows a person to swipe their card and gives the required amount recipient to the buyer. After the payment, he or her sign is required for the confirmation. Square is also used for sending paperless receipts through text messages or email, which is made available  on Android OS and iOS app store, totally free of cost. In December 2009, the company had a small group of 10 employees and by June 2011 it grew over a hundred employee. The office of Square is situated on Market Street in San Francisco. Jack Dorsey as the company CEO, Square Inc. was valued to be $3.2 billion by Business Insider magazine in September 2012.

On December 24, 2013, Jack Dorsey was named the new member of the board of directors of The Walt Disney Company. He was interviewed by Lara Logan and Producer Tom Anderson for the segment of CBS’ 60 Minutes, titled “The Innovator: Jack Dorsey”. Dorsey, who is the donor to Democratic Party candidates served Michael Bloomberg’s NYC BigApps competition as the judge in 2011.

In 2008, Jack Dorsey was included in the Top 35 innovators in the world under the age of 35 by the MIT Technology Review TR35. He was also awarded the ‘Innovator of the Year’ for technology by The Wall Street Journal in 2012.

Jack Dorsey is not yet married and consider Twitter and Square as his children. He added, choosing which one to run would be like choosing between his own kids. However, Dorsey has dated a number of celebrities; he was once spotted dating British actress and model Lily Cole. Since 2013,he is often found with Kate Greer. She sometimes appeared as his girlfriend and sometimes as a close friend like an on-off relationship. Dorsey has the shape of a sound-hole, an integral symbol, and a clavicle bone tattoo on his arm.

Business Insider reportedly named Jack Dorsey as the billionaire in 2012 with a net worth of $1 billion. As of September 2016, his net worth is $1.2 billion dollars.