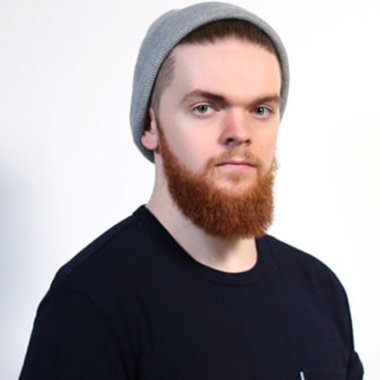 British music has been able to rule the world of music from long years and when we look back to the history of British music it has the largest number of listeners than any other music. Jack Garratt is such a name in British music who has not yet achieved highest peak of success but has been soothing millions of ears with his melodious music and meaningful lyrics. Jack Garrat has made his identity as a singer, writer, and multi-instrumentalist. He came in limelight after his debut album Phase released on 19 February 2016.

Born on 11 October 1991 in Little Chalfont, Buckinghamshire as a son of a music teacher and a police officer, Jack Garratt grew up in the village of Little Chalfont. While talking about his childhood days he has stated that :

“I just really enjoyed making noises and really enjoyed the reaction that I got from making those noises. So they [parents] put me on music lessons to encourage me to hone in on that talent rather than show off."

Jack Garratt became familiar with many musical instruments from his childhood days as his mother was a teacher at a primary school. His mother encouraged him to take music lessons and to learn it from the heart rather than just showing off. Following his mother footsteps, he wrote his first song when he was just 12 and began to play various instruments such as piano, drums, guitar, harmonica, and ukulele. He completed his education at the University of Roehampton in London.

Jack participated in UK national selection to be picked for UK entry for Junior Eurovision Song Contest to be held in Belgium. But could not make it through and at that time he realized that he had been doing it more for attention than for love of what he was doing.

In between 2009 and 2013, Jack Garratt joined the university to be trained to be a teacher. He started to work for his album ‘Nickel and Dime’ but he gave up his project after he felt that he was not proud of what he was doing, just proud of how people reacted to his performance and he decided to spend more years in writing new songs. In 2014, he released first extended play, Remnants, remix EP Remix and the single “The Love You’re Given”.  After releasing some soothing tune, he was headlined in the BBC festival Reading and Leeds Festivals and got a chance to perform in Apple Music Festival. Garrattt won the Critics’ choice award in 2016 British Awards. He was also the winner of BBC Sound Poll of 2016. His debut album ‘Phase’ was released on 19 February 2016.

While moving to his personal life, Jack Garratt remains silent about all the personal issue such as relationship status, affairs, and married life. He might have been dating someone secretly but it’s hard to say anything about it without any proper information. This young and talented writer and singer prefer to interact with his fans through social networking sites such as facebook, twitter, and Instagram.