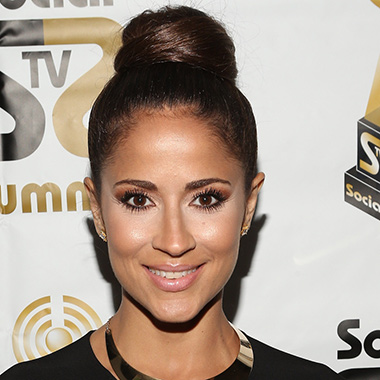 Jackie Guerrido is a Puerto-Rican journalist who was born on 24th of September, 1972 in San Juan, Puerto Rico. She was born to a Puerto Rican Johnno Guerrido and a Mexican mother Silvia as the couple’s second child. As a child, she grew up in the local province of San Juan and attended a public school for her primary as well as secondary education. She and her sister grew up seeing violence as she says that her dad used to mistreat her mother in various ways.

She had a terrible hunger for dancing and used to be a good dancer at her class. She also indulged into sports like basketball, but quit playing later. She was also a part of her school’s cheerleading team. When she was 7, she and her sister along with her mother took shelter at the Casa Protegida Julia de Burgos, which was a place of shelter from domestic violence in San Juan. After Jackie completed her high school, the 3 of them moved to the Bronx in New York City, United States of America. She has been brought up as a Christian and follows the same religion. Born and bred in Puerto Rico, she is a Puerto Rican although lives in the USA. She belongs to white ethnicity.

Her interesting in acting and modelling took her to the auditions of film Selena, which later was won by Jennifer Lopez. She also had an offer to host the show El Vacilon de la Mañana (Good times in the morning) from WSKQ channel’s producer, who had only heard her voice. She was also offered job in Miami from WRMA radio, which she accepted. After settling down in Miami, she started to work at HBC Radio Company and also joined Journalism course at the University of Florida. She was proposed there, to co-host a program that also had to discuss a bit of traffic news and weather reports. Then WRTO FM approached her, and also promised to provide her with her own musical show. Working there, she also took a small job as a reporter of traffic, for the WSCV News channel.

She was having a busy time there, working mostly. Then she offered a big offer to study Meteorology, by Univision. For that, she was offered a job at Channel 23’s Morning Time News and also at WLTV. Her new opportunities made her study Meteorology at the University of Miami. For some time, she hosted the weather report at Despierta America (Wake Up America), one of the most watched TV show in the states. She currently works as the weather girl for Univision’s afternoon show named Primer Impacto alongside Barbara Bermudo. With the Puerto Rican Day Parade celebrated every year in New York, she was the goodwill ambassador for that festival in 2004.

She married the famous singer Don Omar in 2008 and has got two children Thomas and Adient. The couple divorced in 2011. She is also the finalist of the Spanish version of Dancing With the Stars, where she stood second to Vadhir Derbez, by popular voting.