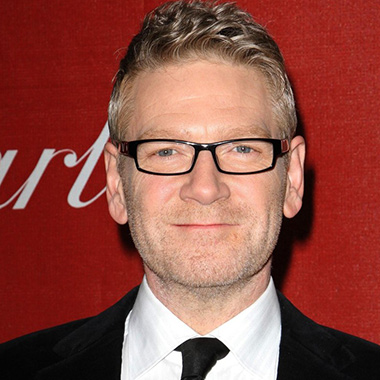 “I feel more Irish than English. I feel freer than British, more visceral, with a love of language. Shot through with fire in some way. That’s why I resist being appropriated as the current repository of Shakespeare on the planet. That would mean I’m part of the English cultural elite, and I am utterly ill-fitted to be.”

Kenneth Branagh was born on December 10 1960 in Belfast,Northern Ireland,United Kingdom.He is a British actor,director,producer and screenwriter.His parents are Frances and William Branagh.His father William is a plumber as well as he runs a company that fits partitions and also suspends ceiling. Branagh attended Grove Primary School. He later studied at Whiteknights Primary School and then Meadway School.He also appeared in the school production Toad of Toad Hall and Oh,What a Lovely War!.To avoid from being bullied he started acquiring an English descent.He also attended Reading Cine & Video Society as a member.

Branagh first came to known by his role as Billy Plays in Play for Today.This was directed by Graham Reid.He then did many stage performances in Uk.He played as Judd in Another Country directed by Julian Mitchell’s.For this role he was awarded with SWET award.He then was seen in Royal Shakespeare Company production of henry V which is directed by Adrian Noble.The play was houseful.He then in 1987 with David Partfitt founded Renaissance Theatre Company.

He there had sucessful productions like Romeo and Juliet co-starring Samantha Bond,Twelfth Night starring Richard Briers as Malvolio and Frances Barber as Viola.He then collaborated with Birmingham Rep and became a major presence in the media.In 1989 he with her co-star Emma Thompson in Look Back in Anger.He then starred at Crucible Theatre,Sheffield as Richard III in 2002.In the following year with Royal National Theatre production he was starred.

Getting Established in Dramas

In 2001 he directed The Play What I Wrote in England.He also directed Broadway production in 2003.He then appeared as the title character in Ivanov which is a new version by Tom Stoppard at Wyndham’s Theatre from September till November 2008.His performance was loved by the audiences.This role helped him to get Critics Circle Theatre Award and was also nominated for other several awards.He then directed Macbeth in July 2013 along with Rob Ashford.He then starred opposite Ashford and Kingston in June 2014.He is famous for his film adaption of William Shakespeare like Henry V,Much Ado About Nothing,Hamlet,Love’s Labour’s Lost and aslo As You Like It.He was rumored to be offered a role in the Star Wars Sequel.

He also appeared in Dead Again,Mary Shelley’s Frankestein,Wild Wild West,Rabbit-Proof Fence and Valkyrie.In 2002 he starred in Harry Potter and the Chamber of Secrest as Gilderoy Lockhart.From 1989 till 1996 he directed his own films.He have also involved in many TV films.He also have naratted many documentaries like Walking with Dinosaurs,Walking with Beasts,World War 1 in colour and also Walking with Monsters.During her work at TV films he have won many awards.He also have won many awards for his documentaries.He also did the role of King Lear in the radio broadcasts of Hamlet and Cyrano de Bergerac.He also have narrated many audio books.

In 1990,1993,1997 and 2012 he was nominated for Oscar Award at Academy Awards,USA.In 2001 he was awarded with Primetime Emmy Award for movie Conspiracy.He was also awarded with BAFTA Award in 1990,Michael Balcon Award in 1993,2009 and 2010.In 1995 he won Film Excellence Award at Boston Film Festival.He also won Variety Award in 2011 at British Independent Film Awards.In 2009 he was awarded with Broadcasting Press Guild Award as Best Actor for movie Wallander.He also won Capri Ensemble Cast Award at Capri,Hollywood.In 2000 he won Inspiration Award at Empire Awards,UK.

On August 20, 1989, he got married to Emma Thompson. She is an actress. They both starred together in Fortunes of War. Due to his affair with Helena Bonham Carter, his wife divorced him. Later he was in a relationship with Bonham Carter for several years. He directed and starred with her in Mary Shelley’s Frankenstein. He then married to Lindsay Brunnock in 2003. She is a film art director. They both met each other at the shoot of Shackleton. He is a fan of Tottenham Hotspur and Rangers F.C.