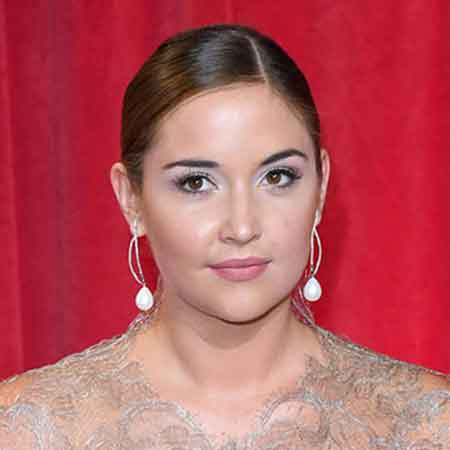 Jacqueline Jossa is an English actress better known for her role as Lauren Branning in the BBC soap opera EastEnders. Jossa is married to her boyfriend Dan Osborne and has two children from their relationship.

Jacqueline Jossa was born on 29th October 1992, in London Borough of Bexley, United Kingdom. Her parents are mother Sarah Jossa and father John Jossa. She grew up along with her sister Katrina Jossa. Two of her elder brothers died when they were an infant.

Jossa Belongs to an English nationality. Jossa trained at D&B Theatre School and later at the Royal Academy of Music in London.

Jacqueline Jossa is widely known for her role in the series EastEnders. She portrayed the role of Lauren Branning from 2010 to 2018 alongside Davood Ghadami, Shane Richie and others. Furthermore, Jossa also appeared in Lauren’s Diaries.

Moreover, Jossa starred in the series Sweat the Small Stuff in 2013. Her final scene in the series EastEnders was aired on 16th February 2018.

Jacqueline Jossa is married to her long-term boyfriend Dan Osborne and has two children from their marital relationship. Her husband Osborne is a British television personality. Jossa and her spouse Osborne began dating in 2013.

On 15th August 2014, the lovebirds announced that they were expecting their first child. Their first child, a daughter Ella Selina Osborne was born on 15th February 2015. The pair got engaged in June 2015 and after two years of their engagement on 24 June 2017, they exchanged their vows.

Likewise, on 15th January 2018, Jossa and Dan announced that they were expecting their second child. Well, Jossa gave birth to their second daughter Mia Grace Osborne on 25th June 2018. Moreover, the pair further has a son Teddy Osborne from Osborne’s previous relationship with Megan Tomlin.

The husband and wife are successfully maintaining their profession as well as family. So far, the husband and wife haven’t faced any rumors of their divorce. They spend most of their time with their kids and often shares photos on their respective Instagram accounts.

Other than this, Jossa further dated Tony Discipline from 2011 to 2013. Moreover, she was also rumored to be in a relationship with David Witts.

Jacqueline Jossa Net worth and Earnings

Jacqueline Jossa currently has an estimated net worth of $1.5 million. Her main source of income is through her acting career.

The multiple award-winning actresses, Jossa has starred in numbers of movies and television series so far. Looking at her hard work, Jossa’s net worth is sure to be raised in the future.