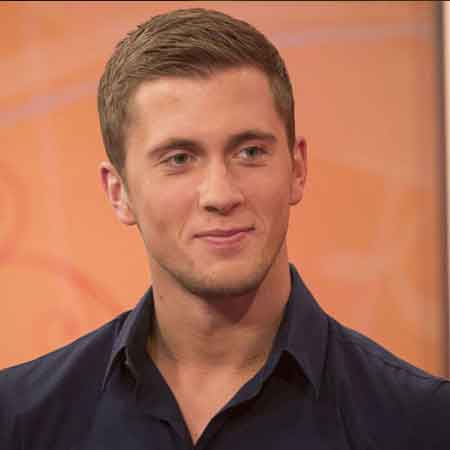 Dan Osborne is a British television personality widely known for being a former cast member on The Only Way Is Essex. Osborne is married to an English actress Jacqueline Jossa.

Osborne and his wife Jacqueline Joss have two children from their marital relationship. Osborne was a housemate on Celebrity Big Brother 22 in 2018 and finished in the third position.

Dan Osborne was born on 27th June 1991, in Dagenham, United Kingdom. Osborne was raised by his father Jim Osborne. He grew up along with his sibling brothers Mike Osborne, Ryan Osborne, and Joe Kilduff.

Osborne belongs to an English nationality. However, the information regarding his educational background is yet to be revealed.

Before pursuing his television career, Dan Osborne worked as a professional model. Osborne gained a wide recognition after appearing in The Only Way Is Essex. Moreover, in 2018, Osborne was a housemate on Celebrity Big Brother 22 and was able to finish in the third position.

Dan Osborne is a married man and has two children from their relationship. Osborne is married to his long-term girlfriend Jacqueline Jossa. The pair began dating in 2013 and on 15th August 2014, they announced that they were expecting their first child.

Well, the duo welcomed their first child, a daughter, Ella Selina Osborne on 15th February 2015. Osborne and his partner Jacqueline got engaged in June 2015. After two years of their engagement, the couple exchanged their vows on 24th June 2017.

Likewise, on 15th January 2018, the duo announced that they were expecting their second child. Well, Jacqueline gave birth to their second child, a daughter Mia Grace Osborne on 25th June 2018. Since their wedding, the husband and wife are still together and is going strong in their relationship.

They are living happily with their children and often shares adorable photos on their respective Instagram accounts. Yet, there are no any rumors about their divorce and other extramarital affairs. Besides this Osborne further has a son Teddy Osborne from his previous relationship with Megan Tomlin who is a teacher.

Moreover, Osborne was further rumored to be in a relationship with Jasmin Walia in 2013. The same year, he was also rumored to be linked up with Lucy Mecklenburgh.

As of 2018, the estimated net worth of Dan Osborne is still under review. Being such a renowned television personality, Osborne earns a decent amount of money from his career. Moreover, he previously worked as a professional model.

Osborne is living a lavish life with his wife and kids. Analyzing his lifestyle and hard work, Osborne’s net worth is sure to be in six digits.