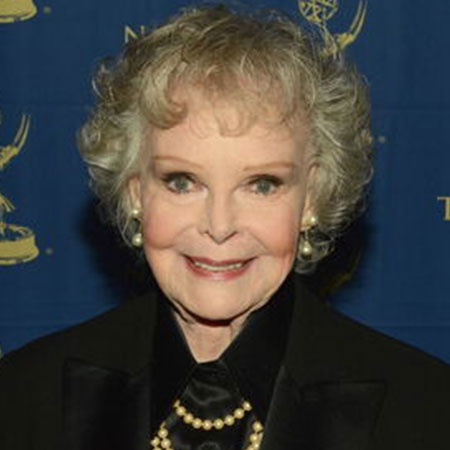 An American actress June Lockhart is well-known for featuring in the 1950s and 1960s television series Lassie and Lost in Space. Her outstanding performance won her Emmy Award twice and also nominated for the Tony Award.

June was born on 25th June 1925 in New York, United States. She was born to a Canadian father, Gene Lockhart, actor, and British mother, Kathleen Arthur Lockhart. Her grandfather, John Coates Lockhart, was a concert singer.

Lockhart attended the Westlake School for Girls which is located in Beverly Hills, California. She made her stage debut in the Metropolitan Opera at the age of 8 and earned her first professional check of $2.50. She made her movie debut along with her parents in MGM’s A Christmas Carol in 1938.

June came in limelight after featuring in the movie For Love or Money in 1947.  The movie earned her wide recognition and established herself as a promising movie actress in her own right. Later in 1955, Lockhart appeared in an episode of CBS’s Appointment with Adventure which led her to cast in other several television series.

Moreover, June has also featured in the movies such as Keep Your Powder Dry, Sergeant York, Son of Lassie, Butterfly, Troll, Sleep with Me, Wesley, Super Capers, and much more. Her diligent performance can be seen in the television series such as Wagon Train, Gunsmoke, Perry Mason, Branded, The Man from U.N.C.L.E., Duckman, Au Pair II, Complete Savages, Holiday in Handcuffs, and much more.

Additionally, June Lockhart also appeared as a hostess on the Miss USA Pageant broadcast on CBS for six years, Tournament of Roses Parade for eight years. Similarly, she also hosted Thanksgiving Parade for five years which also broadcast from CBS.

June has won the heart of millions of people as well as several awards and recognition by her outstanding performance. She won Tony Award for Outstanding Performance by a Newcomer for For Love or Money. She has also earned two stars on the Hollywood Walk of Fame for motion pictures and television, dedicated on 8th February 1960.

Moreover, June Lockhart was also awarded the Exceptional Public Achievements Medal for inspiring the public about space exploration by the (NASA) National Aeronautics and Space Administration in 2013.

June married to Dr. John F. Maloney in 1951 after dating for several months. The couple welcomed two daughters named as Anne Kathleen Lockhart, in 1953, and June Elizabeth Maloney, in 1956.  After three years of marital relationship, the couple ended their relationship in divorce in 1959.

June Lockhart earns a good amount of money in her career. She has featured in several movies and TV series till now through which she receives a good sum of money as salary. Starting her career from a younger age, she is able to earn wide recognition and a good sum of wealth till date.