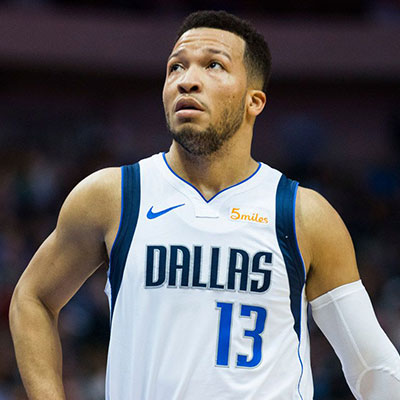 Jalen Brunson is an American basketball player who currently plays for the Villanova Wildcat’s men basketball as a Point Guard. He is known for being two-time Gatorade Player of the Year and former Illinois Mr.Basketball.

Jalen Brunson was born on 31st August 1996, in New Brunswick, New Jersey. He is a son of the former professional basketball player and coach, Rick Brunson and Sandra Brunson. He has a younger sister, Erica Brunson.

Jalen Brunson attended Stevenson High School in 2010 from where he started his basketball career. His amazing dribbling and scoring skills have made him a five-star recruit according to ESPN, Scout, and Rivals. Likewise, he ended his high school as the number one point guard of the state.

Jalen Brunson basketball career came to limelight right after playing for the Villanova’s basketball team in 2015. At that time, he got selected to participate in the 2015 Jordan Brand Classic and 2015 McDonald’s All-American Boys Game. In addition, he also represented the Team USA in the Nike Hoop Summit.

As of now, Jalen has made appearances in the multiple matches. Besides, he has also collected several awards including, NCAA champion, First-Team All American, Big East Player of the Year, First-Team Parade All-American, Illinois Mr.Basketball and so on. The height with 6 feet 3-inch, Brunson currently plays for the Villanova Wildcat’s men basketball and is working for his upcoming matches.

Jalen Brunson is currently in the relationship with a beautiful girl, Ali Marks. The couple started dating since 2013 when they both were studying at Stevenson High School.

The couple has kept their relationship very strong. The boyfriend and girlfriend have been together for almost for five years and till the date, they have not involved in other love affairs. Neither, any disputes have been between the pair which would lead to their separation.

Besides, the couple is a sports lover. They often go to several sports matches together.

Currently, Jalen Brunson is studying at Villanova College while Marks studies at the University of Illinois. Though the couple has a long distance relationship, they often meet and also shares pictures on their social networking sites.

Allocating information from several sources as of 2018, it is found out that Jalen Brunson current estimated net worth is $400 thousand dollar.