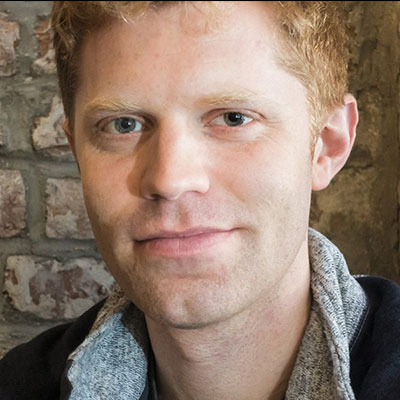 The Pulitzer Prize winner, Patrick Farrell is an American photojournalist for the Miami Herald. Farrell won the prize in 2009 for his package of 19 black and white photographs showing the aftermath of Hurricane Ike and other disasters in Haiti. The package was titled A People in Despair: Haiti’s Year without Mercy.

Farrell’s work has been highly praised by many. The photojournalist has been active in his profession for more than 30 years.

Patrick Ferrell was born on 1st July 1959, in Miami to Dr. James and Peggie Farrell. He grew up in a family of twelve children and he was the seventh child. Ferrell discovered photography at the age of 13 when he got an eye-injury that led him to pay more attention to the details and light around him. Back then, he destroyed a bathroom in his parent’s house to turn it into a darkroom.

Ferrell attended Christopher Columbus High School. He graduated from the University of Miami in 1981 with a Bachelor’s degree in television and film production. He was influenced to pursue a career in photo-journalism by his professor Michael Carlebach.

At the start of his career, Patrick worked for several small community papers in Florida. He has been a staff photographer for the Miami Herald since 1987. Ferrell was part of the newspapers’ staff that won the 1993 Pulitzer Prize for Public Service for coverage of Hurricane Andrew.

Farrell has traveled to Turkey, Haiti, Cuba and throughout South and Central America for his assignments. He has been named Southern Photographer of the Year at Southern Short Course (the country’s longest-running photojournalism seminar) twice, in 1989 and 1993.

Patrick has also been named the National Press Photographers Association’s Region 6 Newspaper Photographer of the Year in 1992 and 1993. The photojournalist has covered major news events including the 1989 race riots in Miami’s Overtown neighborhood, 1999 earthquake in Turkey, Columbine High School massacre and many more.

Farrell reached the height of his career by winning the Pulitzer Prize for Breaking News Photography in 2009. He was awarded Dart Center Ochberg Fellowships in 2010 from Columbia University’s Graduate School of journalism and Dart Center for Journalism and Trauma. He was one of the ten journalists from around the world to get the opportunity.

YouTube: The Photographer’s Storm: Patrick Farrell and His Photos of Storm-Ravaged Haiti

Farrell also worked with Doctors Without Borders to document illegal and unsafe abortions in Haiti as part of a multimedia project named “Because Tomorrow Needs Her”. It highlights the health issues women face in developing countries around the world.

Farrell currently lives in Miami. He is a married man. His wife is Jodi Mailander Farrell; former Miami Herald reporter. The couple is blessed with two daughters; Annie and Lucy. The couple is leading a happy family life.

Farrell has earned a good sum of money from his professional career. He received $15,000 along with his Pulitzer Prize. Farrell has a six-figure annual salary as most photographers do. However, we can assume he gets paid more than an average photojournalist. Though he receives a good sum of money as salary, his current net worth is under review.