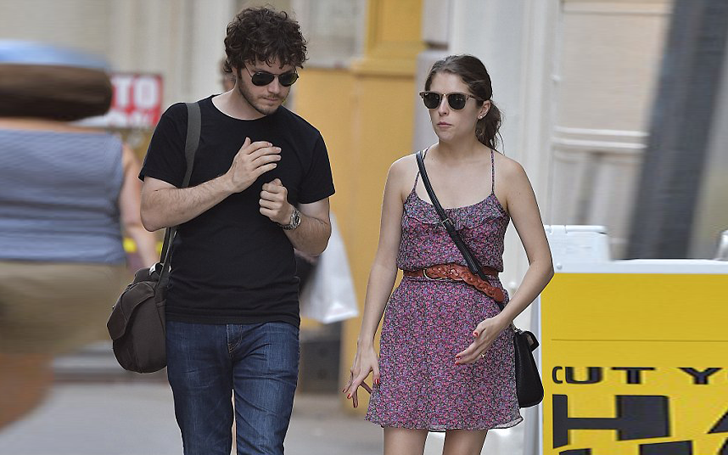 Jessica Stanley from The Twilight Saga whose real name is Anna Kendrick has a great acting skill and is so good at gathering fans too. We can guarantee that she has millions of fans wanting to date the actress, but only a few of the lucky ones actually got to date the actress.

Anna has officially been with two guys to date. The guys she is currently in love with is an English cinematographer, Ben Richardson. Keep on scrolling if you want to know in detail about her present as well as her past affairs.

Anna and Ben’s affair started way back from April 2014. The couple is hardly seen hanging out together. British cinematographer beau and the American actress so far have kept their relationship out of media radar as both are tight-lipped about their relationship status.

Reportedly, Anna and Ben turned into a secretly cute couple and are still happily together since  2015. The couple was seen together stepping out for a coffee run, which is again extremely rare and people started suspecting that something fishy was going on between them.

Another interesting thing about Anna is that she hates dating apps. Kendrick said in an interview with Glamour held around the start of 2017.

Satan designed Tinder to destroy us.

When asked about the reason behind her hatred, Anna revealed that she is very glad to be in a relationship, which ultimately frees her from using dating apps.

Recently, the couple was again luckily seen together on Thursday, November 23. Anna was working on her upcoming Christmas movie named ‘Noelle’ in Canada.

As it was Thanksgiving, her loving boyfriend Ben came to visit her on the set! After he arrived, Anna took a break and the two went holding hands while ice skating.

So, these frequent sightings prove that the couple is still strong together but we are yet to hear their future plan together. We still don’t know if they are getting married any sooner but we believe they will reveal the news to us when the time is right.

Anna Kendrick’s Past Relationships and Affairs

Even though they dated for quite a long time, the couple were rarely seen together. Even their split remained unannounced; it was confirmed when one of the couple’s friend told Mail Online,

Anna and Edgar love each other but the relationship ended amicably. They’re both great, funny couple.

The couple met when Edgar directed Anna in her Scott Pilgrim vs. The World. However, as mentioned earlier, they never discussed their romance in public.

Anna had a hard time moving on as they said she hated seeing their paparazzi photos. The couple couldn’t continue their relationship because of the long distance. Anna lived in LA and Edgar in London.

Moreover, It was also rumored that Anna Kendrick hooked up with Jake Gyllenhaal in 2011.

However, Anna’s current relationship is going strong, and even though she doesn’t publicize their relationship, we can say that Anna and Ben are deeply in love with each other.