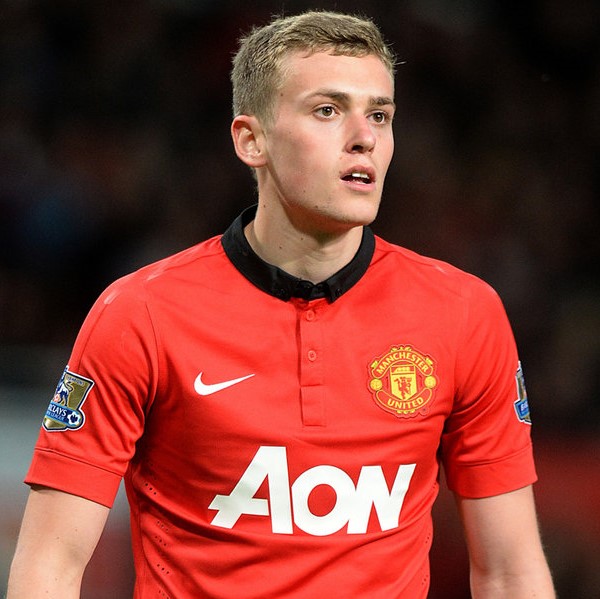 James Wilson is a well known English footballer, who represents country England for Under 16, Under 19, Under 2o and Under 21 level. He is widely recognized as a professional Striker for Manchester United Club.

James Wilson has a girlfriend, Frankie Barwell who is a college student of Manchester Metropolitan University. They are dating each other since long and the duo looks perfect to each other.

James Anthony Wilson was born on 1st December 1995 in Biddulph, Staffordshire, England. Since his childhood, he wanted to be a  footballer. At the age of seven, he became a member of Manchester United Club. He belongs to white ethnicity and holds a British nationality.

At the beginning of James’s career, he was associated with Club Youth Academy. He made his first appearance as an Under 18 level player at the age of 14 in 2010. He made his competitive debut against West Bromwich Albion on 5th February 2011. Adding more, he appeared in three leagues (2010-11) season, where he scored 2-1 home defeat to” Everton”.

Manchester United scored twice in the 2011 Milk Cup and achieved runner-up position. In the 2011-12 season, he suffered from a broken ankle and was in complete rest until five months.  After recovery, he regularly appeared in under-18s during the second half of the season. He scored five times in 13 league appearances. Also, he was successful to score twice in the FA Youth Cup.

On 6th March 2012, he made his debut for the reserve by appearing 61st-minute substitute for Freddie Vessel to West Bromwich Albion.

In July 2012, he signed as an Academy Scholar for Manchester United Club. He continued appearing under-18 level in a 2012-13 season. James signed a professional contract after scoring five goals in four competitive appearances on 1st December 2012. He celebrated his 17th birthday along with his first professional contract, winning over Southampton with a 4-2 score.

Despite being injured, he was rewarded as Under-18’s top scorer for scoring 14 goals in 18 league appearances. He made his senior debut on 6th May from a Premier League match at home to Hull City. In the Manchester Senior Cup final, he scored all four goals in the second half in the under 21’s level 7th August 2014. His team got victory over Manchester City scoring 4 goals.

He joined Football League Championship club Brighton and Hove Albion on 26th November 2015. He made his first start on 5th December scoring first goal against the team Charlton Athletic. On 20th August 2016, he also joined Championship club Derby County on a loan deal at the end of 2016-17 season.

James Wilson has a girlfriend, Frankie Barwell who is a college student of Manchester Metropolitan University. They are dating each other since long and the duo looks perfect to each other.

The romantic couple is spotted in a romantic date several times. Recently, they were spotted in the red carpet event along with fellow players including Wayne Rooney, Robin Van Persie, and Angel Di Maria. The way they were holding each other was adorable and romantic.

Even though Frankie is pretty, she has been criticized for her outfit and body criticized while attending the red carpet for club’s Player of the Year award. Australian Betting Firm mocked her online, tweeting cruel comments about her. But Frankie, as a strong girl, raised her voice against them and hit back to the firm saying that they are jealous.

Some followers of James appreciate her for her positive attitude while some think it’s a childish act.

James Wilson as a Striker-Centre -Forward, playing for the Manchester United Club, England surely earns an enormous salary. Manchester United is a renowned club from where he can earn an attractive salary including various benefits as a successful player.

He is associated with Soccer club from his childhood days. He has represented England being a Footballer, played Under-16, under-19, under-20 and under-21 level and achieve name and fame as a youngest and finest football player. Allocating information from several sources as of 2018 it is estimated that his current net worth is around $3.5 million.