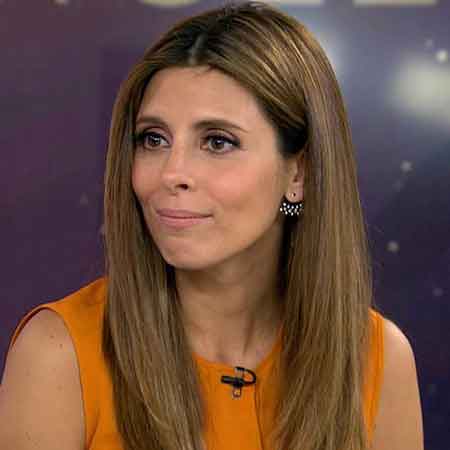 An American actress, model as well as a singer, Jamie-Lynn Sigler is better known for her role as Meadow Soprano on the HBO series The Sopranos. Moreover, she is also a writer and has co-authored an autobiography, Wise Girl: What I’ve Learned About Life, Love, and Loss.

Jamie-Lynn Sigler was born on 15th May 1981, in Jericho, United States. Her father Steve Sigler was the founder of the Men’s Senior Baseball League and mother Connie Sigler a housewife. She grew up along with her brothers Brian Sigler and Adam Sigler. Her brother Adam died in November 2014.

At the age of seven, Sigler began acting and singing. She attended the Hebrew school and had a bat mitzvah. Later, Sigler attended Jericho High School and further studied at the Cultural Arts Playhouse in Old Bethpage.

In 1998, Jamie-Lynn Sigler began her acting career starring in the movie A Brooklyn State of Mind as Young Angie. And in 1999, Sigler made her television series debut through The Sopranos portraying the role of Meadow Soprano and gained a wide recognization.

Sigler appeared in the regular series until 2007 and further won two Screen Actors Guild awards in 2000 and 2009. While filming for movie Campfire Stories in Hamburg, New Jersey, Sigler got waist down paralyzed for several days by Lyme disease in 2000.

Her other popular roles are in Guys with Kids, Last Man Standing, Baby Daddy etc. Besides this, Sigler is also a model and has appeared in FHM and was featured in The Girls of FHM 2004. Moreover, she further co-authored an autobiography entitled Wise Girl: What I’ve Learned About Life, Love, and Loss.

The 36 years old Jamie-Lynn Sigler was previously married to AJ Discala. The duo met each other when Sigler was 19 years old and began dating shortly before she turned 21. After dating for a year, the duo tied the knot on July 11, 2003. Then Sigler subsequently changed her name to Jamie-Lynn DiScala.

But their married life didn’t last long and after two years of their marriage in September 2005, Sigler and DiScala separated. After their separation, she began using her maiden name. Later, in 2012, Sigler began dating baseball player Cutter Dykstra.

On January 28, 2013, the duo got engaged and finally shared their vows on January 16, 2016. Their wedding was held at Palm Springs, California. The couple welcomed their first son, Beau Kyle Dykstra, on August 28, 2013. Likewise, on January 15, 2018, Sigler gave birth to her second son Jack Adam Dykstra.

Besides this, Sigler further dated Mark Sanchez, Jerry Ferrara, Scott Sartiano and Keith Collins. Sigler and Cutter are living happily with their children. Yet they haven’t faced any rumors of divorce or other extra-marital affairs.

Sigler currently resides in Valley Village California with her family, Sigler and her husband bought the house back in 2017 for $2.1 million. The house features separate sitting area and a fireplace,  four bedrooms, and 3 1/2 bathrooms.