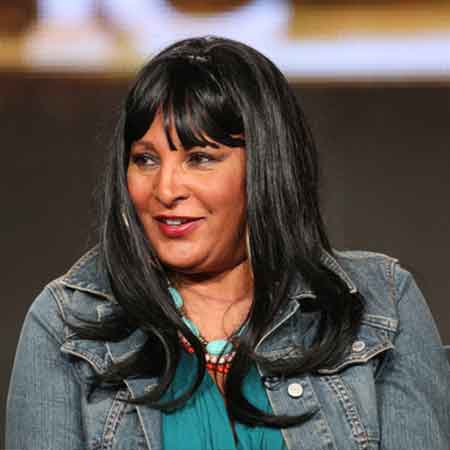 An American actress, Pam Grier is best known for appearing in several Blaxploitation films like Foxy Brown, The Big Bird Cage Coffey. She is also best known for her role as Kit Porter in the 6th season of The L World.

Moving towards her personal life, she has a long list of boyfriends and some of them are famous personalities. She was in a relationship with boyfriend, Kareem Abdul-Jabbar, they dated from 1970 to 1973. She also dated another boyfriend, Freddie Prinze. So, to know more about her relationship, marriage, children, early life, boyfriend, affairs, salary, break up, life, career, net worth, just go through the article.

Pam Grier was born on 26th May 1949 in Winston-Salem, North Carolina as Pamela Suzette Grier. She is of mix ancestry which consists of African American, Hispanic, Chines, Filipino and Cheyenne Indian heritage.

At the age of 6, Pam was raped by two boys. In an interview, she said,”

It took so long to deal with the pain of that as I try to deal with it, but I never really get over it. And not just me; my family endured so much guilt and anger that something like that happened to me.“

She completed her high school graduation from East High School. She also appeared in many beauty pageant and other stage programs to collect money for her higher education at Metropolitan State College.

At the age of 18, Pam was hired as a receptionist at American International pictures- AIP. Although she was under contract at AIP, she became a staple of Blaxploitation movies. Pam was discovered by director Jack Hill, who gives her an opportunity in the film The Big Doll House and also in The Big Bird Cage in 1972.

After the demise of Blaxploitation, she appeared in smaller roles for many years. And she progressively gets into the larger character role which includes Fort Apache, The Bronx, Something Wicked this Ways Comes and Above the law.

She even wrote her memoir, Foxy: My Life in Three Acts with Andrea Cagan. Recently she revealed a biopic based in her book- Pam. She also has ranked to be the second greatest female action star of all time. She was also nominated for the Satellite award and SAG.

As Pam has a long list of boyfriends with famous personalities, let’s talk in detail.

After that, she dated Freddie Prinze in 1973 but after one year of their relationship, the couple broke up. She also dated Robert Plant– A British Musician. IN 1976, she even dated Richard Pryor and again their relationship didn’t last long.

Pam dated Kevin Evans and they were together until 1999. They were engaged with each other and has a lot of plans towards their marriage. However, they parted before tying the knot.

After Kevin, she began dating Peter Hempel in 2000. Her relationship with Peter was also her longest relationship she ever has. As they dated each other for 8 years before they had a nasty break up.

The actress has accumulated a huge sum of money through her acting career. As she has an estimated net worth of $10 million. The source of her income is acting as she has appeared in many movies till the date. She is known to be the greatest female action heroine in the history of entertainment.