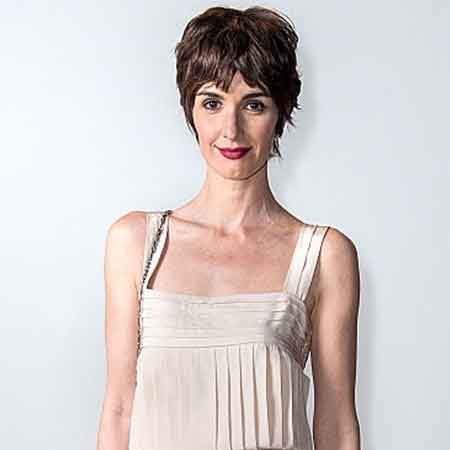 The Spanish actress, María Paz Campos Trigo is famously known as Paz Vega. She is popular for her portrayal of Laura in the 1999’s Spanish TV series, 7 Vidas. She has played various American movies as well. The beautiful brunette started her career in 1997.

Vega was born on January 2, 1976, in Seville, Spain. Her mother is a housewife whereas her father is a former bullfighter. Vega has a younger sister who performed Flamengo dance. She grew up as a Catholic in her traditional family. Her stage name was taken from her grandmother’s name.

Instagram: Paz Vega with her mother and sister at a young age;

After completing her compulsory education at the age of 16, Vega went to Centro Andaluz de Teatro stage school. She majored in journalism but dropped out of college after two years to pursue an acting career. She moved to Madrid where she worked at bars while trying her luck in acting.

Vega made her acting debut in Spanish TV series, Menudo es mi padre. She then played in two other Spanish series, Mas que amigos and teen drama, Companeros. Her film debut was with the movie Zapping. Her big break came when she was offered the role of Laura, a perky girl in 7 Vidas which became a huge hit.

The actress went on to star in the movie, Sex and Lucia as the main character in 2001. The role gave her wider recognition and won her the Goya Best New Coming Actress as well as the Trofeo Chopard best breakthrough performance in Cannes Festival. Furthermore, Vega appeared in the American movie, Spanglish opposite Adam Sandler in 2004. The actress has also starred opposite to Morgan Freeman in the independent movie 10 items or Less.

Vega has since been starred in many European, American and Spanish movies including The Spirit, The Angels of Evil (alongside Matilde Maggio). She also lent her voice to the Andalusian horses in Madagascar 3: Europe’s Most Wanted. In recent events, she appeared in Acts of Vengeance and is set to star in the 2018 movie the Jesuit. Vega is also a model and the face for Loreal Spain.

The 42-year-old is a married woman. Vega got married to husband, Orson Salazar in 2002. The two first met during a vacation on a Spanish island and began dating in 2000. They decided to take their relationship to the new level two years later.

The couple is blessed with three children together. They welcomed their first child, Orson in 2007. Two years later, their second child, Ava was born. In 2010, Vega gave birth to their third child Lenon.

The happy family of five currently lives in Los Angeles. The couple has been together for sixteen years. There have been no rumors of separation till now. They are still going strong. Their relationship has grown throughout the years.

The actress has a net worth of $10 million. The sources of her income are her acting and modeling jobs. She has appeared in many movies and series till this date which must provide her well. Vega is an award-winning actress so her salary must be high.

Aside, Vega is still active in her career. So, we can assume that her net worth will see an increase in coming days. As for now, she seems to be leading a comfortable and happy life with her family.