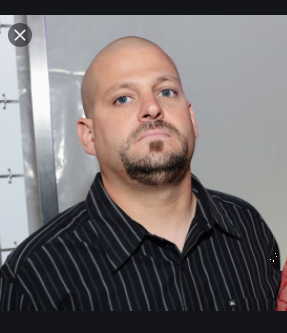 Jarrod Schulz is a reality television star who gained the wide range of attention when cast in A&E’s series, Storage Wars. He is also praised for his work in the show by Brandi and Jarrod: Married to the Job.

Schulz is a committed man.  He is in a long-term relationship with his partner, Brandi Passante. The duo has not updated the current status of their everlasting relationship even though the fans are curious if they are together as a husband or wife?

Jarrod Schulz was born on October 15, 1977. He is a native of Orange County, California, USA. Schulz previously served as a sales manager for a carpet-cleaning company in Tustin, California.

Later he began his own business which was not so successful. Taking the advice of his aunt he joined the storage auctions. After garnering some experience he launched his own second-hand store ‘Now and Then’ in Orange County, California.

Jarrod Schulz came to spotlight when he made his television debut in 2010 with the show Storage Wars aired on A&E Network. He was one of the first cast members of the show.

The show is all about the professional buyers who participate in an auction to buy things from storage lockers.  Later in 2014, he appeared in the shows spin-off series, Brandi & Jarrod: Married to the Job.

Besides that, Schulz made his appearance in shows like Rachel Ray. Moreover, he launched his own clothing line entitled Outlaw Apparel in 2002. He often promotes his business as well as his show via social media such as Instagram and Facebook.

Schulz is in a romantic relationship with his long-term partner, Brandi Passante ever since he met her. The duo first met as a co-worker of the carpet-cleaning company and eventually fell in love. They are together for almost 19 years now with no space for any kind of dispute between each other.

However, the question regarding if they are married is still left hanging in the air while Storages Wars presented them as husband and wife.

[ CAPTION: Jarrod with his girlfriend and children ][ SOURCE: Instagram ]

As the couple is together not only in their personal life but also in professional too they are quite bonded with each other. They were given the name “The Young Guns” for their incredible work. They are blessed with two children named Cameron and Peyton.

In the year 1997, Schulz was imprisoned for being found possessing narcotics. He was kept under arrest for 16 months for the crime.

Schulz made his fortune working as the fashion designer, storage unit buyer, and television personality. He also makes tons as an entrepreneur. Starting with $2000 to $55000 he has made a great progress in his income.

With the net worth of $2 million, it is a certain fact that he is living a lavish life along with his family in Lake Forest, California.