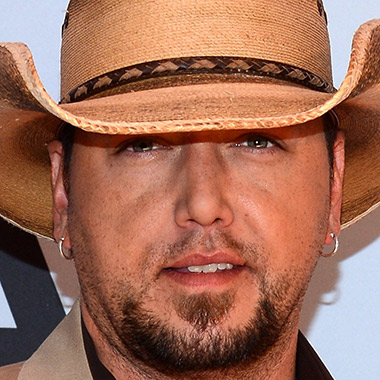 Jason Aldine Williams, widely known by his stage name Jason Aldean, is an American singer. He has been signed to Broken Bow Records and has released seven albums and 24 singles, from the label, since 2005. Recording Industry Association of America (RIAA) has certified triple-platinum his 2010 album My Kinda Party. Aldean’s other certified albums include, Night Train (2012), Relentless (2007), Wide Open (2009), Old Boots, New Dirt (2014 ), and They Don’t Know (2016).

He was born on February 28, 1977, in Macon, Georgia, U.S. His birth name is Jason Aldine Williams. He was born to Barry and Debbie. He was raised by his mother. For his high school, he attended Windsor Academy. His father taught him to place his fingers to play the chords. While his dad was at work, he used to practice all day. He was encouraged to take music as his career by his parents. When he was 14 years old, he used to watch the country music awards and used to perform on stage. He performed at the local VFW hall with his mother’s help. He joined “house band” when he was 15 years old.

After his high school, he performed at Truman State University with his band. At the same time, he also started writing songs. He was approached by Warner-Chappell song-publishing company. The Wildhorse Saloon signed him as the first manager. He was offered a deal from Broken Bow Records. He released his self-titled debut album and after that, he picked Kevin Neal as his new agent.

In early 2005 he released his debut single “Hicktown” which became his self-titled debut album. His album successfully reached at No.10 on the Billboard Hot Country Songs Charts. His song “Amarillo Sky” was nominated for the Song of the Year Award. At the 2006 ACM Award, he won Top New Male Vocalist Award. In 2007 it was certified platinum by RIAA.

He released his second album Relentless on May 29, 2007. The album’s lead single is “Johnny Cash” which successfully reached at No. 6. His album was certified platinum by the RIAA.

On August 4, 2001, he got married to his school sweetheart Jessica Ussery. He has two daughters named Kendyl and Keeley. On April 26 he filed for divorce. In March 2014 he started dating Kerr. At the 2014 CMT Awards, they made their first public appearance. They got engaged on September 24, 2014. On March 21, 2015, they got married. He is a fan of Georgia Bulldogs.

The talented and breathtaking singer, Jason Aldean has a net worth of $80 million dollars as of 2016.