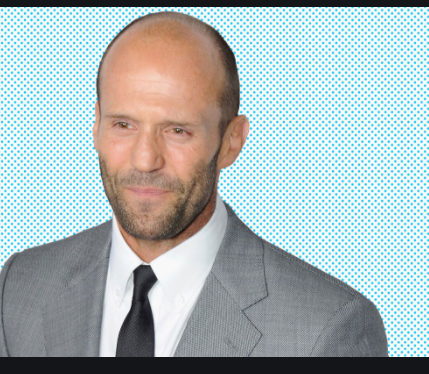 An English actor, Jason Statham is well-known for his action-thriller movies and Machiavellian characters. He is also a film producer and former model.

Jason is in relation to his long-term girlfriend, Rosie Huntington Whiteley, a model, in 2010 and welcomed their first child, Jack Oscar, on 24th June 2017.

Jason Statham was born on 26th July 1967 in Shirebrook, Derbyshire, England. He was born to a father, Barry Statham, a street seller, and mother, Eileen, a dancer, and grew up along with his siblings. While attending local grammar school, he was introduced to football and at the age of 11, he grew up diving passion.

Statham was a member of Britain’s National Swimming Squad for twelve years and had taken part in different 10 meters, 3-meter competitions.

Jason life in media began after he was noticed by the sports modeling agency while he was training at London’s Crystal Palace National Sports Centre. Afterward, he was signed by Levis, Griffin, and Tommy Hilfiger for several modeling contracts for the summer and spring collection.

In the year 1997, Jason Statham became a model for French Connection, a clothing brand, and also made his appearance in few music videos. Eventually, he was introduced to British director, Guy Ritchie who was making a movie and for the cast, he needed a street-wise con artist.

After the director came to know that Statham used to be a black market salesman, he gave the role of Bacon in the crime comedy thriller movie, Lock, Stock and Two Smoking Barrels in 1998. His performance won the heart of millions of people and the movie was also critically and financially success which helped him to be in the public eye.

Afterward, Jason was offered for several movies roles. His lead role as the car driver Frank Martin in the action movie The Transporter on 2002 bring him in limelight. Sooner, he started learning Wing Chun Kung-fu, Karate, and Kickboxing and featured in the sequels of The Transporter. He also appeared in the movie such as The Italian Job, Cellular, and Mean Machine as the supporting character.

According to the BBC News report, Jason Statham career in entertainment industry generated over US$1.5 billion ticket sales from 2002 to 2017. His hard work and dedication made him one of the movie industry most bankable stars.

Besides acting, Jason Statham has also a voice in several video games. He voiced in the Red Faction II video game as Shrike in 2002, Call of Duty as Sergeant Waters in 2003, and as Team Leader in the Tablet and mobile game Sniper X with Jason Statham in 2015.

Additionally, Jason has also appeared in the music video “Comin’ On” of The Shamen as Background Dancer in 1993, “Run to the Sun” by Erasure in 1994 and in the Calvin Harris song “summer” as Driver in 2014.

Jason Statham engaged to his long-term girlfriend after dating for six years. He got engaged to the model, Rosie Huntington Whiteley on 10th January 2016. The couple welcomed their first child, Jack Oscar Statham, on 24th June 2017.

The couple seems to be strongly bounded and happy with each other. The duo lives in Beverly Hills, California and enjoys wakeboarding, jet skiing, windsurfing, rock climbing and other interesting adventure together.

Jason earns the good sum of money in his career. He has featured in several commercially successful movies through which he received a decent sum of money. Jason Statham career in entertainment industry generated over US$1.5 b inillion ticket sales from 2002 to 2017. So, we can assume that he has received a big sum of money from acting only.

Besides acting Jason is also a sports model. He has done modeling for several fashions line and brands for summer and spring collection through which he receives a decent amount of money as an endorsement.

Jason is also an avid car collector. He owns Audi R8, Lamborghini Murcielago, Aston Martin DBS Volante, Audi S8, Jaguar E Type, etc. Allocating information from several sources it is found out that his current net worth as of 2018 is estimated at around $50 million.