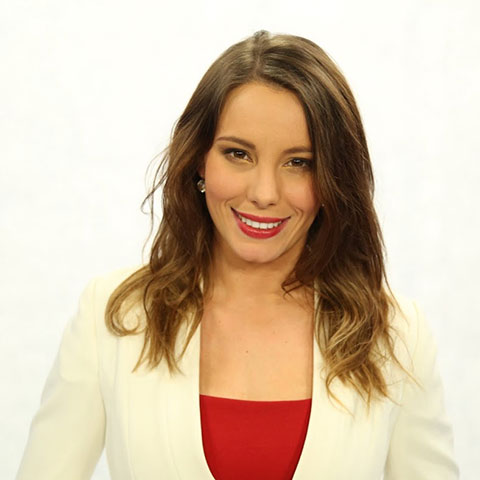 Jayde Cotic introduces herself as an Australian journalist, who has been associated with Sky News since 2014.

Born in Western Australia, Cotic completed her high school education from her hometown. She joined Edith Cowan University in 2009 and graduated with Bachelor of Communication, which is highly regarded for journalism. In 2011, she joined Macquarie University and earned Bachelor of Arts (B.A), scoring GPA 3.1. Cotic attended Charles Sturt University in 2103 and received Masters of Arts, Journalism. She started her professional career from October 2007, joining Bankwest as the Mortgage Lender, home consultant. During her tenure in Bankwest, she looked after cross-selling banking products to customers, Cash and account handling and attending daily management meetings.

From August 2011, she joined The Weather Channel Australia and worked in the position of Assistant Producer. As an Assistant Producer, she looked after booking talent and conducting pre-recording interviews for show content, editing packages, grabs and vision for live and pre-recorded shows, ensuring contents was ready for line producers to use on time and other various responsibilities. In December 2012, she started her career at Sky News Australia as a Producer and worked in the same position for more than a year. She contributed to research writing and producing live news bulletins, interviewing talent for pre-recorded reports/packages and writing and producing bulletins via EPNS (advanced knowledge).

In January 2014, she moved to Nine Network Australia and held the position of News Producer. As a news producer, she contributed in sourcing local content via police media, emergency services, reporters and news wires. She also served as a lineup the producer for 0500 pre-recorded weekday bulletin-ensuring bulletin times out correctly and booking crosses with reporters & talent.

Cotic has been serving Sky News Australia as a News Reporter since August 2014. She has worked in various positions for Sky News Australia. At the beginning she worked as a Business Journalist and from January 2015, she started to work as a weather presenter. Since June 2015, she has been working as Melbourne News Reporter. She has interviewed numerous prominent business personalities including former Apple executive Guy Kawasaki, Bitcoin President Jason Williams, and Menlug CEO Dan Katz. She has been working as a journalist and producer at Sky News Business and Sky News Weather. She can use WeatherZone and live read from a weather map and has also been contributing in writing scripts and filling news report/PTCs for packages.

Cotic has kept her personal life hidden from media, so there is no any information about her married life, relationships, and children. She might have been dating someone secretly but without any information, it is quite hard to speak on it. Cotic is an active user of Twitter and she has around 1K followers. To know more about this talented young journalist, her biography on the official website of Sky News can be referred, and she has updated about her professional career in Linkedin.