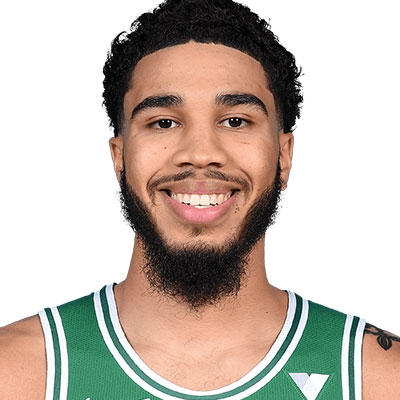 Jayson Tatum is an American professional basketball player who currently plays for the Boston Celtics of the National Basketball Association (NBA). Prior to that, he played for the College Basketball at the Duke University. He is Gatorade National Player of the Year and McDonald’s All-American.

As of 2019, this young and versatile basketball player has an estimated net worth of $6 million and his annual salary is reported to be around $6.17 million. Talking about his personal life, Tatum is currently in the relationship with his girlfriend, Samie Amos. Prior to that, he was in the relationship with ex-girlfriend, Toriah Lachell with whom he had a son, Jayson Jr.

To know more about this young and talented basketball player’s personal life, early life, education, career, salary, and net worth. Scroll Down!

What is Jayson Tatum’s Net Worth in 2019? Know his earnings, salary, and contracts!

You may like: Know Al Horford’s net worth and salary in 2019!

Tatum was the third highest earning rookie of 2017 only behind Markelle Fultz and Lonzo Ball.

Apart from that, Tatum also has an endorsement deal with many renowned brands including Imo’s Pizza and Nike.

He is expected to make a huge amount of income as a part of the endorsement deal. Moreover, he can be seen carrying a Beat by Dre headphone every time while traveling during the game which is quite sure that he also has an endorsement deal with the brand.

Tatum also promotes the brand through social media posts. Tatum was even featured in the cover of the NBA 2k playgrounds 2, a 2017 sports video game developed by Saber Interactive.

The twenty years old, Tatum has kept his personal life away from the spotlight. He seems like a married man as he has already introduced his newborn son to the public via Instagram. The baby’s mother is Torah Lachell but the relationship between the couple is still a mystery. Their marriage has not been confirmed in the media.

According to sources, Tatum and Lachell started dating while they both were studying at Duke University. The couple might have some conflicts in the middle of their relationship which made them separate.

Currently, Jayson Tatum is said to be dating his girlfriend, Samie Amos.

Besides, the couple has kept their relationship low key. Currently, Jayson seems to be concentrating his basketball career. He has kept himself away from the love affairs.

Jayson Tatum grew up along with his brother, Jaycob Tatum. He attended Chaminade College Preparatory School from where he began playing basketball.

As a freshman, he averaged 13.3 points with 6.4 rebounds making him 2013 Metro Catholic Conference CO-player of the year. Besides, he also led his team to Missouri District 2 crowns.

Later on, Tatum joined Duke University but only played for a year and made a professional basketball career debut. Within a year at Duke University, he became Gatorade National Player of the Year, McDonald’s All-American, and also won Nike Hoop Summit, Jordan Brand Classic.

Tatum made his professional basketball career debut in 2017 after he got selected in the 2017 NBA draft Boston Celtics. Since then, he has been playing for the team Boston in the position of small forward.

Related: One of the richest and famous basketball player Stephen Curry’s Bio!