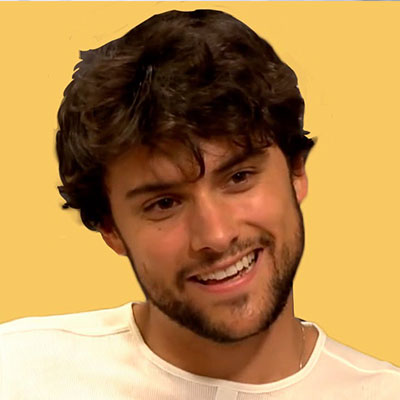 The handsome and dashing Gay character of the series, How to Get Away with Murder or one of the lead five students is non-other than, Jack Falahee. Best know as Conner Walsh in the series, Jack is an American actor.

Jack plays the role of a gay student in the series and has flawlessly portrayed his specific character. His acting is so natural that everybody is confused about his sexuality. So, to know more about his sexual orientation and also his career, early life, net worth, personal life and much more. Stay with us.

Born on 20th February 1989, in Ann Arbor, Michigan, U.S, Jack Falahee AKA Jack Ryan Falahee is the only child of a mother(speech pathologist) and father(doctor). Jack was first admitted to a Catholic school and later joined Huron High School, the place where he found his inner talent of acting.

With the graduation of BFA in Drama in New York University’s Tisch School of the Arts, he got chance to flourish is acting skills in many productions including Love’s Labour’s Lost, A Midsummer Night’s Dream.

Jack’s first screen debut was as a guest starring role in the comedy web series, Submissions Only in 2012. The talented actor, Jack first TV debut was in The Carrie Diaries in 2013.

On the years 2013 and 2014, he did many other supporting roles in few series and films including Twisted, Lily and Kat and much more.

Jack’s career’s breakthrough performance came after he was cast as one of the lead characters in How to Get Away with Murder. He plays the role along with Oscars Award Winner, Viola Davis and Matt McGorry, Aja Naomi King, Alfred Enoch, and Karla Souza since 12th February 2014. The fourth season of the series was recently completed.

Youtube: Best of Connor Walsh in How to get away with murder;

Jack is also seen as Frank on the PBS period drama, Mercy Street since 22nd January 2017.

Jack as Conner Walsh has amazed us with his natural gay acting skills. The chemistry of Oliver Hampton and Conner on How to Get Away with Murder is something every Gay community wants for. Jack’s performance and intimate scenes with Conrad Ricamora or Oliver have created confusion among the audiences.

While Jack was asked about his sexual orientation on media, he said,

“I’m very confident in my sexuality, and I really don’t like talking about my romantic life in the press.”

Not only gay, but he is also rumored as bisexual as his real-life chemistry with co-star Aja Naomi King is also a hot topic in media. Besides, both have shared their each other pictures on their social media.

There’s also a picture, Jack with Happy Birthday to Aja and also concludes the caption saying I Love You. But, both the couple has not confirmed their relationship yet. They may be good friends as Aja is linked with boyfriend, Alfred Enoch, a co-star from the series.

This 5 Feet and 10 Inches tall actor, Jack has earned a good sum of money in his career. He has featured in several movies and TV series through which he obtains a good sum of money. He keeps sharing pictures of cars in his social media account but clarifies it as someone else’s car with its caption.

Besides, Jack is also a dog lover who has a dog named Banjo. He is also a travel freak and keeps traveling sharing those moments. His social media can illustrate his lavish lifestyle. Allocating information from several sources as of 2018 it is found out that his estimated net worth is around $2 million.