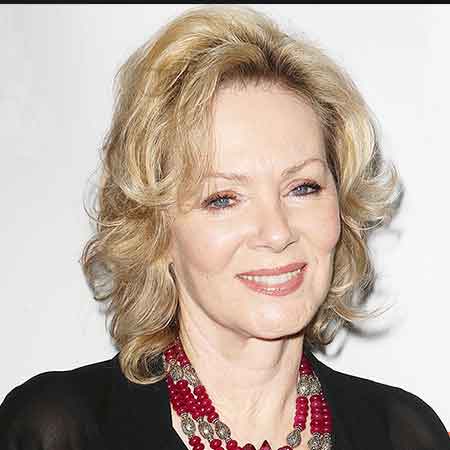 An American actress, Jean Smart is well-known for portraying on the NBC sitcom Frasier as Lana Gardner which earned her Emmy Awards twice. Her outstanding performance also can be seen in movies such as Guinevere, Sweet Home Alabama, The Accountant, and much more.

Jean Smart married Richard Gilliland, after dating for several years in 1987. The couple met each other while working together on the set of Designing Women and has two children from their relationship.

Jean was born as Jean Elizabeth Smart on 13th September 1951, in Seattle, Washington, USA. She was born to father, Douglas Smart, a teacher, and mother, Kay Smart, and grew up along with her three siblings. She was diagnosed with type 1 diabetes at the age of 13.

After completing college degree, Jean started her career appearing in regional theater throughout the Pacific Northwest, Seattle Repertory Theater, Oregon Shakespeare Festival, etc. Later, she moved to New York City with her colleagues and started working for the Off-Broadway and professional regional productions.

After struggling for several years, Jean appeared in various television and short-lived series which brings her in limelight. She also appeared in the family drama Homeward Bound: The Incredible Journey in 1993. In 1995, she featured as the lead role in the comedy series High Society which ran successfully for 13 episodes.

Moreover, Smart has also featured in the movies such as A Simple Favor, Hope Springs, Youth in Revolt, Lucky You, Whisper of the Heart, I Heart Huckabees, Life Itself, and much more.

Similarly, her other notable performance can be seen in television series including Veep, Legion, Bad Internet, Getting on, Sirens, Hot in Cleveland, A Royal Romance, and much more.

Jean Smart married her long-term boyfriend Richard Gilliland, an actor, after dating for several years. The couple met each other while working together on the set of Designing Women.

Jean Smart and Richard Gilliland tied the knot in 1987. They welcomed their first child, a son, Connor Douglas, in 1989, and a daughter, Bonnie Kathleen, who was adopted from China in May 2009.

After getting married, the duo appeared together in the Designing Women. Richard portrayed the role of Captain Stan Cotter in 24 whereas Jean cast as the first lady Martha Logan. The couple is living happily together along with their children and till date, there are no any rumors of divorce.

Jean earns a good sum of money in her career. She started her acting career from 1975 and till date, she has featured and appeared in several movies and television series through which she receives a decent amount of money as salary.

Smart several movies and television series are successfully hit and were able to collect a tremendous amount of money in the box office collection. Allocating information from several sources as of 2018 it is found out that Jean Smart’s current estimated net worth is around $4 million.