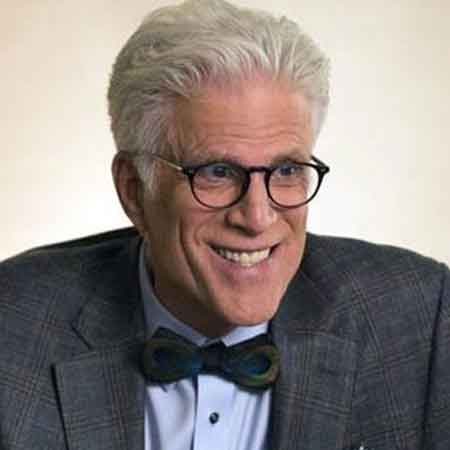 An American Actor, author, and producer, Ted Danson is well-known for portraying the character of Sam Malone on the NBC sitcom Cheers. His remarkable performance won the heart of millions of people and was ranked second in TV Guild’s list of the top 25 television stars.

Danson attended the Kent Prep School in Connecticut, where he was interested in basketball. Later, he went to Stanford University and became interested in drama and to pursue the better acting program, he transferred to Carnegie Mellon Univerisity in Pittsburgh. He completed his Bachelors of Fine Arts degree in drama in 1972.

Ted started his acting career through a television series as a contract player on the daytime soap opera Somerset. He also portrayed as a doctor in the tv series The Doctors and further appeared in the numbers of commericials. He starred as a guest in different television series including Laerne and Shirley, Family, Benson, Taxi, The Amazing Spider-Man, etc.

Eventually, Danson got his breakthrough from the NBC sitcom Cheers as the former basketball player and bartender, Sam Malone. The show was one of the top ten show and ran over 11 seasons which was watched by over 80 million people. The show earned several awards as well as listed 100 Grratest Show of All Time by Time Magazine.

With the Rising of the fame, Ted got oppurtunities to feature in several other television series. He appeared in some of the hit series such as Something About Amelia, Ink, Gulliver’s Travels, Frasier, Help Me Help You, Knights of the South Bronx, Damages, Rescue Me, CSI: Crime Scene Investigations, and others.

Futhermore, Ted even featured in movies such as Three Men and a Baby, Three Men and a Little Lady, The Onion Field, Creepshow, Body Heat, Little Tresure, Dad, Made in America, Saving Private Ryan, A Fine Mess, Just Between Friends, and much more.

During Danson acting career, he was nominated 16th times for Primetime Emmy Awards, nomiated ten times for Golden Globe Awards, and has been awarded a star on Hollywood’s Walk of Fame.

Ted married is thrice. Firstly, he married Randall “Randy” Gosch in 1970 but divorced after five years of their marriage in 1975. Then he tied the knot with Cassandra “Casey” Coates in 1977 and welcomed their first daughter, Kate. Later the couple adopted the second daughter named Alexis.

Danson extra-marital affair with Whoopi Goldberg led to a divorce with his second wife Cassandra. They got a divorce in 1993 and their divorce was finalized with $30 million which is also known as one of the Hollywood’s costliest divroce.

On 7th October 1995, Danson married an actress, Mary Steenburgen. The couple met each other on the set of Pontiac Moon in 1993. His wife Mary was previously married to Malcolm McDowell and had two children. They are living together happily and there is no any sign and rumors of their divorce till date.