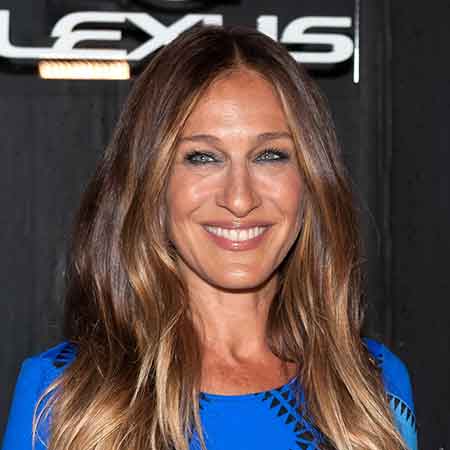 Sarah Jessica Parker is an American actress, producer, as well as a designer better known for her role in HBO series Sex and the City. Parker is married to her boyfriend Matthew Broderick.

Parker and her husband Matthew Broderick are blessed with three children from their relationship. To date, Parker has won four Golden Globe Awards for Best Actress in a Comedy Series as well as three Screen Actors Guild Awards.

Sarah Jessica Parker was born on 25th March 1965, in Nelsonville, Ohio, United States. Her mother Barbara Parker was a nursery school operator and teacher, and father Stephen Parker, an entrepreneur and journalist.

Sarah Jessica Parker appeared in a production of The Sound of Music at the outdoor Municipal Theatre along with her four siblings. Parker came to fame after portraying the role of Carrie Bradshaw on the HBO series Sex and the City (1998–2004).

Moreover, Parker further reprised her role in movies Sex and the City and Sex and the City 2. Her other notable movie roles are in Hocus Pocus, Honeymoon in Vegas etc. So far, Parker has been nominated for nine Golden Globe Awards and has won four of them.

Sarah Jessica Parker is married to her boyfriend Matthew Broderick who is also an actor. Parker and her husband Matthew were introduced by one of her brothers at the Naked Angels theater company where both of them performed.

Their wedding was held in a civil ceremony in a historic synagogue on the Lower East Side in Manhattan. From their relationship, the couple has three children. They welcomed their first child, a son, James Wilkie Broderick in 2002.

Similarly, their twin daughters Marion Loretta Elwell and Tabitha Hodge were born in June 2009, via surrogate. The husband and wife currently live in New York City along with their children. Moreover, they also spend time in their second home located at Kilcar, a village in County Donegal, Ireland.

Besides this, Parker previously dated Robert Downey, Jr. from 1984 to 1991. Similarly, she was in a relationship with Michael J. Fox in 1984 and with Joshua Kadison in 1991. Parker further had affairs with John Kennedy Jr. and Nicolas Cage.

As of 2018, Sarah Jessica Parker has an estimated net worth of $135 million. So far, Parker has starred in numbers of movies and television series through which she earns a fortunate amount of money. Moreover, Parker has further produced several movies.

The multiple-awards winner, Parker further runs her own production company. She is living a lavish and standard life with her husband and kids.