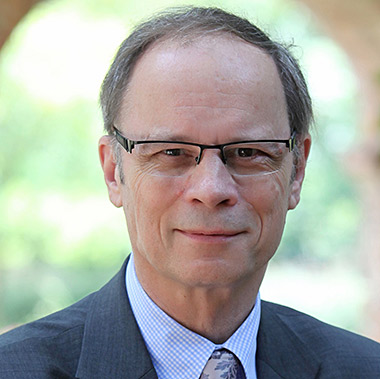 Jean Tirole was born on August 9, 1953, in Troyes, France. He is a professor of economics. He focuses on banking & finance, economics & psychology, industrial organization and game theory. In 2014 he won the Nobel Memorial Prize in Economic Science for his analysis of regulation and market power.

He attended the Ecole Polytechnique in Paris and received engineering degrees in 1976. In 1978 he received a degree from the Ecole Nationale des Ponts et chaussures. He was a member of the elite Corps of Bridges, Waters, and Forests. He attended the Paris Dauphine University and pursued his graduate studied there. In 1976 he was awarded a DEA degree. In 1978 he won a Doctorat de troisieme cycle in decision mathematics. He also attended the Massachusetts Institute of Technology and received a Ph.D. degree.

He is chairman of the board of the Jean-Jacques Laffont Foundation at the Toulouse School of Economics. He is also the scientific director of the Industrial Economics Institute. In 1981 he received his doctorate from MIT. After his degree, he started working at the Ecole Nationale des Ponts et chaussees as a researcher. He worked there until 1984. He then worked at MIT as Professor of Economics from 1984 to 1991. He also worked at the Ecole Polytechnique as a Professor of Economics from 1994 to 1996. Since 1995 he worked at the Ecole des hautes etudes en sciences sociales as Professor. He also worked at MIT as Visiting Professor. In 1998 he became the president of the Econometric Society. In 2001 he became the European Economic Association. Since 2011 he is the member of the Academie des Sciences morales et politiques.

In 1997 he won the Public Utility Research Center Distinguished Service Award. In 1993, he won the European Economic Association award and the Yrjo Jahnsson Award. He is also the member of the American Academy of Arts and Sciences. In 1993, he was the honorary member of the American Economic Association. In 1986, he was a fellow of the Econometric Society. He also won the Prix du Cercle d’Oc in 2008. He also won Outstanding Contributions to the profession Award in 2009. Since 2007 he earned a Chevalier de la Legion d’honneur.

He is the author of many books. In 2010 he wrote Balancing the Banks. He also wrote Inside and Outside Liquidity in 2011.