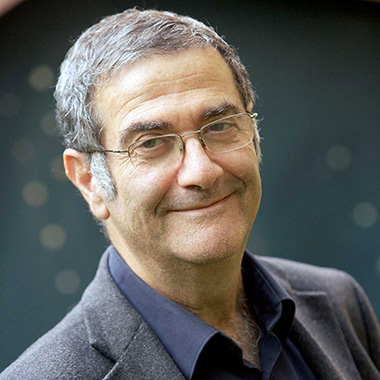 Serge Haroche is a well-known French physicist. He is famous as he won the Nobel Prize in Physics with David J. Wineland for a study of the particle of the light, the photon. He also works at the College de France as a Professor. At the University of Paris Vi, he defended his doctoral thesis.

Serge was born on September 11, 1944, in Casablanca, Morocco. He was born to Valentine Haroche and Albert Haroche. Albert is originally from Marrakech. Valentine was born in Odessa and is a teacher. His father worked at the Ecole de I’Alliance Israelite as a teacher. In 1956 he settled in France after he left Morocco.

He currently resides in Paris. He is happily married to Claudine Haroche. She is from the Russian Jewish emigres family and is the sociologist. The couple is blessed with two children. His one child is 40 years old and other is 43 years old when this article was written. He is the uncle of Raphael Haroche, a French singer, songwriter as well as an actor.

From 1994 to 2000 he worked at the Ecole normale Superieure as a head of the Physics department. He also worked at the College de France as a professor since 2001. He is also the fellow member of the Societe Francaise de Physique, the American Physical Society, and the European Physical Society. His peers elected him to the position of administrator of the College de France in September 2012. He was awarded the Nobel Prize in Physics on October 9, 2012. He shared the award with the American physicist David Wineland.

He works in quantum optics and atomic physics. He worked with his working colleagues at the Ecole normale Superieure in Paris in 1996 and proved quantum decoherence by experimental observation.

Serge earned Commander of the French Legion of Honor. In 1988 he was awarded Einstein Prize for Laser Science. He also won The Humboldt Prize in 1992. The Franklin Institute awarded him with Albert A. Michelson Medal in 1993. The OSA awarded him with Charles Hard Townes Award in 2007. He also won CNRS Gold Medal in 2009. He shared Nobel Prize in Physics with David J. Wineland in 2012.

He is the author of Exploring the quantum and Symposium Alfred Kastler: 9-12 Janvier 1985, Paris, France. He holds French nationality.