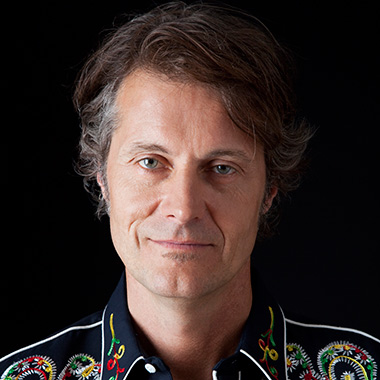 Born on February 12, 1980, Gucci Mane is an American rapper who has been active in the music industry since 2001.

Born as Radric Davis, Gucci Mane was born in Birmingham, Alabama and moved to Atlanta with his mother when he was nine. As a child, Gucci developed an interest in poem writing, and he started to rap when he was 14.

At the beginning of his rapping career, he recorded his rap onto about 1000’s  CDs. He then distributed them to people on the streets to get feedback from the listeners. Later, he linked up and formed an alliance with various artists and producers such as Zaytoven, Big Cat, and Jeezy. As an underground rapper, he released songs such as  “Black tee” and “So Icy”. He remained underground for more than five years before he released his first independent album in 2005.

Gucci released his independent debut album Trap House, featuring fellow rapper Young Jeezy in 2005. Though the album did not gather as many fans as other LP records did, it was able to make into the top 20 list of the Billboard R&B/Hip-Hop Albums. Similarly, he released his first commercial debut album Back to the Trap House in 2007. From 2009, he started to work under the Label Warner Bros. Records after signing the contract. In the same year, he made guest appearances on various artists’ projects.

He released his second study album The State Vs Radric Davis while he was with Label Warner Bros in 2009. The album was considered as one of the successful albums during the time, thanks to the album’s strong presence in Billboard, Hot Rap Tracks, and Hot R&B/Hip-Hop Songs. He was successful in featuring several stars on the album.

Gucci has made appearances in three films after he made his debut film movie Birds of a Feather in 2012. Before making his debut in the film, he made an appearance in No Pad No Pencil (2007), Gucci Mane-Glockumentary DVD, Money Mafia: Gucci Mane (Street Classic Edition), My Come Up (2012), and much more.

Legal Issues and Controversies
Police have arrested Gucci on various charges numerous times. In April, 201, he spent 90 days in jail after he was found using Cocaine. In May 2005, Gucci shot towards a group, causing one dead, when the group attacked him in his house. Gucci was taken into custody after he was charged with murder but after probing into the case police released Gucci. Similarly, he was arrested in November 2010 on the charge of violating the traffic rules.

In September 2013, he welcomed controversy after various big names in the hip/hop industry including Drake and Emine, received an offensive tweet from his account. Later, Gucci stated that someone had hacked his account. Similarly, he also had a conflict with various artists such as Young Jeezy, Keyshia Cole, Yung Joc, and Waka Flocka Flame.

Gucci had been linked up with various women including Keyshia Dior, Sheneka Adams, and Mya. Currently, he is in a serious relationship with his girlfriend Keyshia Ka’Oir. Keyshia is a cosmetic entrepreneur. In December 2014, Keyshia posted a message on Instagram, where Gucci expressed his desire to have children with her.