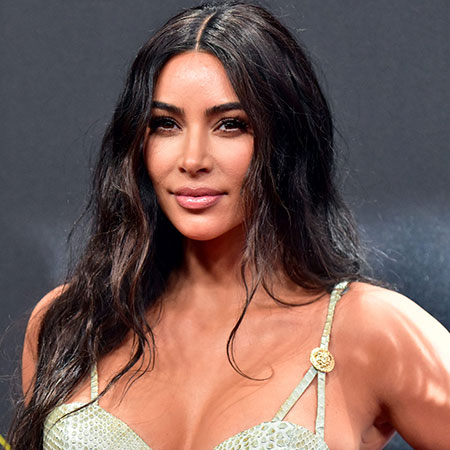 Kim Kardashian is an American television personality, actress, and model. She is mainly known for her appearance in the reality television series Keeping Up with the Kardashians.

Since October 2007 she started to appear in a reality television series Keeping Up with the Kardashians with her mother Kris, step-father Bruce and her other family members. The series became successful for E! Network. She also appeared in Kourtney and Kim Take New York and Kourtney and Kim Take Miami. In the same year, she did a nude photoshoot for Playboy. She appeared in the disaster film spoof Disaster Movie in 2008.

She took part as one of the contestants of Dancing with the Stars seventh season. She had a cameo appearance in How I Met Your Mother episode “Benefits”. She endorsed multiple projects which include ‘Va-Va-Va-Nila’ for Famous Cupcakes. She released a workout DVD series “Fit in Your Jeans by Friday” in April. In the same year, she appeared as a judge on America’s Next Top Model. She made a guest appearance on CSI: NY.

Kim endorsed various food products for Carl’s Jr. in 2010. She designed and developed clothing lines with her Kardashian sisters for Bebe stores. She starred in Deep in the Valley as Summa Eve. She has launched several clothing collections and fragrances with her sisters. She and her sisters released “Kardashian Glamour Tan”. Her wax figure was revealed in the New York City branch of Madame Tussauds on July 1, 2010. She also became a producer for The Spin Crowd. She also appeared on The Apprentice tenth season. On November 23 she and her sisters Kourtney and Khloe wrote an autobiography “Kardashian Konfidential”. She appeared in a music video “Jam (Turn It Up)”.

She is a supporter of the Armenian Genocide. She had her third fragrance called “Gold” released in 2011. In the same year, she got engaged to NBA player Kris Humphries. They were dating each other since October 2010. On August 20 they got married. She also released her wedding fragrance called as “Kim Kardashian Love”. She and her sisters opened Kardashian Khaos store in Las Vegas. On October 31 she filed divorce from Kris. She filed a $20 million lawsuit against Old Navy and Gap Inc. for the right of publicity. The lawsuit was settled but the amount is unknown.

Kim released her fourth fragrance called “True Reflection” in March 2012. She began dating American rapper Kanye West in April. She released her fifth fragrance called “Glam” in October 2012. She and her sisters launched ‘Kardashian Collection’ in England. She announced she was pregnant with West’s child. On June 3, 2013, she was legally divorced with Humphries. West and Kim welcomed their daughter North on June 15, 2013. They got married on May 24, 2014. She did nude photography for Paper’s winter issue in 2014. The couple baptized their child in the Armenian Apostolic Church. In May 2015 she released a book called “Selfish”.

Kim was born on October 21, 1980, in Los Angeles, California, U.S. Her full name is Kimberly Noel Kardashian. After her marriage, she changed her name to Kimberly Kardashian West. Her parents are Robert and Kris. She also has an older sister named Kourtney and a younger sister named Khloe and a younger brother named Rob. In 1991 her parents got divorced. Her mother remarried to Bruce Jenner. Her step brothers are Burton, Brandon, and Brody. Her step sisters are Casey and her half-sisters are Kylie Jenner and Kendall Jenner. She studied at the Marymount High School in Los Angeles. Her father died of cancer in 2003.

In 2000 she got married to music producer Damon Thomas. She was only 19 years old then. In 2003 Thomas filed for divorce. She was in a close relationship with Paris Hilton. She gathered media attention through her. She then began dating singer Ray J. her sex tape with Ray J was leaked in 2003. She also filed a lawsuit against Vivid Entertainment but later settled for $5 million.