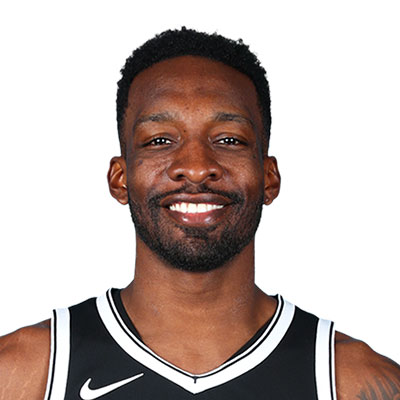 Jeff Green is an American professional basketball player who currently plays for the Cleveland Cavaliers as the position of Power Forward and Small Forward. Before that, he played for the Boston Celtics, Memphis Grizzlies, Los Angeles Clippers and Orlando Magic.

Accounting his personal life, Jeff Green is happily married to a gorgeous spouse, Stephanie Green. The husband and wife are blessed with a daughter and currently, they are expecting another child.

Jeff Lynn Green was born on 28th August 1986, in Cheverly, Maryland to American parents which include his father, Jeffery Green Sr. mother, Felicia Akingube and a sister, Mia Young.

Jeff Green who plays as a power and small forward started playing basketball since his young age. He first attended the Northwestern High School before joining the Georgetown college. At Georgetown, Green played three seasons of college basketball tournaments and within that time, he became Big East Rookie of the year and was named All-Big East Second Team.

In 2011, Green was traded to Boston Celtics and he played there until the 2015 seasons. He was consecutively then traded to Memphis Grizzlies, Los Angele Clippers but played for only one season. In 2016, he signed with Orlando Magic. However, he could not continue playing for it due to his lower back soreness.

Now, Jeff Green has recovered from his back injury and has signed with Cleveland Cavaliers.  Currently, he plays alongside renowned professional basketball players including, Dwayne Wade, Lebron James, J.R. Smith, Kyle Kover, Kevin Love and so on.

Jeff Green is a married man. He got married to a beautiful woman, Stephanie Green on 9th August 2017, with whom he shares a baby daughter. Besides, the couple is currently expecting for another child.

[ CAPTION: Jeff Green and his spouse, Stephanie with their daughter ][ SOURCE: Instagram ]

The couple met each other through a mutual friend in Miami. The couple first dated for several months and tied the knot after Green proposed her during the trip to Greece in the summer of 2016.

[ CAPTION: Jeff Green and his spouse during their Greece Trip ][ SOURCE: fabwags ]

As an established basketball player, Jeff Green makes a decent amount of money. As per 2016, his net worth was estimated at around $15 million but appears that he must have more than $15 million.

Moreover, Green owns numbers of cars including, Mercedes Benz which price in the market is in thousands of dollars.

Allocating information from several sources as of 2018 it is found out that Jeff Green current estimated net worth is around $18 million. Besides, he seems to be the fund of sneakers as he often posts pictures of sneakers on his Instagram accounts.