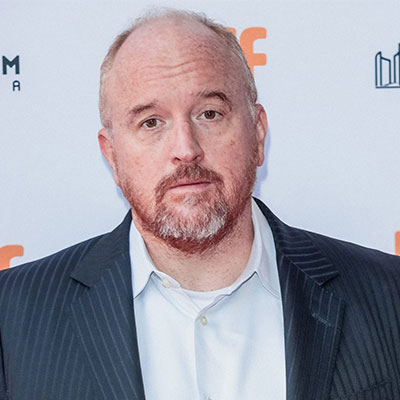 Louis C.K. is an American comedian, actor, writer and director. He is known for his dark, self-deprecating humor. He has appeared on various TV shows and films including the award-winning Tv series, Louis.

Louis was listed fourth on Rolling Stone’s 2017 list of the 50 best stand-up comics of all time. He has won awards like Emmys, Grammys, American Film Awards (AFA) and many more. Nevertheless, C.K. has had his fair share of controversies due to sexual misconduct admission.

Louis C.K. was born as Louis A. Szekely on 12th September 1967, in Washington, US. His parents are Luis Székely, an economist, and Mary Louise, a software engineer. His father is of Mexican and Hungarian descent whereas his mother is an Irish Catholic.

When C.K. was a year old his family moved to Mexico. His first language is Spanish. Later they moved back to the US in Boston when he was 7 years old.

However, C.K.’s parents got divorced when he was 10. He was brought up by his mother as a Catholic. After his father remarried, he did not see him much. C.K. graduated from Newton North High School in 1985. He graduated with future Friends star, Matt LeBlanc.

Before C.K. became a famous comedian, he worked as an auto mechanic and also at a public access TV cable station in Boston. He even worked as a cook and in a video store for a while.

At the age of 17, C.K. directed the comedic short film Trash Day. Despite New York University Tisch School of the Arts showing an interest in him as a filmmaker, he decided to pursue a career in stand-up comedy. C.K. attempted his first stand-up gig in 1985 at open mic night at a comedy club in Boston.

Despite having a discouraging first attempt, he gradually achieved success and went on to open for Jerry Seinfeld.

C.K. then moved to Manhattan, New York where he performed on several televised shows. After an unsuccessful audition for Saturday Night Live (SNL), he started working as a scriptwriter for Late Night with Conan O’Brien in 1993. He later wrote for the Dana Carvey Show and The Chris Rock show.

C.K. also wrote and directed the 2001 comedy Pootie Tang. C.K.’s show, Louie; that he wrote and directed premiered on FX in 2010. The show won many awards including Emmys in 2012 and 2014 for Outstanding Writing for a Comedy series. In addition, he also won two Grammys for Best Comedy Album for Hilarious in 2012 and in 2016 for his comedy tour special Live at Madison Square Garden.

The 50-year-old comedian has appeared on series like Comedians in Cars Getting Coffee, Between Two Ferns, Parks and Recreation and Saturday Night Live. He has also acted on films like American Hustle (2013). C.K. also had an HBO comedy special Louis C.K.: Oh My God in 2013. Furthermore, he has lent his voice to movies like The Secret Life of Pets, Home Movies, etc.

In recent events, he released a stand-up comedy special on Netflix entitled 2017. Furthermore, C.K. directed the provocative film I Love You, Daddy, which premiered at the Toronto Film Festival 2017 and gained generally positive reviews.

The next day, C.K. released a statement that said the stories were true. He expressed regret and guilt over the way he behaved as a well-known comedian in the industry.  He admitted that he took advantage of his position and thought that it was okay since he would ask the women before showing them his private parts. However, it was revealed that he would not always wait for them to say yes.

C.K .ended his statement with “I have spent my long and lucky career talking and saying anything I want. I will now step back and take a long time to listen. Thank you for reading.” The comedian then faced quite a lot of backlash for not apologizing to the women.

Several companies ended their relationship with the comedian. TBS suspended and later scrapped the production of his animated comedy The Cops.

Accounting his personal life, Louis C.K. is a divorced man. He got married to an artist, Alix Bailey in 1995. The couple was together for 13 years before they called it quits in 2008.

C.K.  shares a joint custody of two children, Kitty Szekely and Mary Louise Szekely, with his ex-wife. Much of C.K.’s comedy is drawn from his own life experience as an aging, single dad. C.K. has not publicly dated anyone since his divorce, however, he was seen together with his Louie co-star, Pamela Adlon on several occasions.

Louis C.K. earns a good sum of money in his career. He has amassed the huge amount of net worth from his three-decade-long career as an entertainer. The movie The Secret Life of Pets for which he lent his voice earned a total of $875 million worldwide.

C.K. earns a lot of money from his stand up shows which are generally sold out. In 2012, he generated $4.5 million by selling 10,000 tickets for his stand up shows in several major cities of America. Allocating information from several sources as of 2018 it is found out that Louis C.K. current estimated net worth is around $52 million

C.K. owns an apartment in the West Village of New York. The two-bedroom co-op cost him $2.45 million. It features unique north, south and east views. It is a cozy unit that comes with a doorman and concierge service. So, we can assume that the awards winning comedian and actor is living a lavish life.