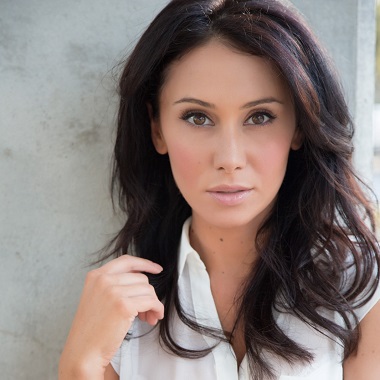 Jenn Sterger is an American television star, model, and former online columnist, well known for working as the “Gameday Host” for the New York Jets and co-hosting for 2010 Versus Sports News “The Daily Line”.

Jenn Steger was born on 29 November 1983, in Miami, Florida, United states. Her father’s name is Leo Sterger. Jenn attended Gaither High School. Then, she studied at Florida State University. During her college time, she was a member of a group “ FSU Cowgirls”, popular for wearing cowboy hats and skimpy clothing to football games.

Sterger got the attention after she was shown on national television during a 2005 Florida State–Miami football game. On seeing the shot, announcer Brent Musburger remarked that “1,500 red-blooded Americans just decided to apply to Florida State.” She was cheering for her team in a low-cut top and the guy behind the camera clearly thought that she was worth broadcasting to the world. Jenn said; “Before the game, I made this joke with my parents that I was going to get on TV. Then the ABC cameras went by and my parents sent me a text message: ‘Jenn, we love you, but put some clothes on.'”

Jenn Sterger made her career debut with modeling and acting where she posed in well-known magazines named Maxim and Playboy. She was also spokesperson for a carbonated soft drink (Dr. Pepper) and internet service provider (Sprint). Sterger starred on the E! Entertainment Television show “Byte Me: 20 Hottest Women of the Web,” formerly aired on March 2008, where she listed #19.

Jenn has contributed two articles to the Sports Illustrated and wrote a Wednesday feature on the SI.com’s ‘Scorecard Daily’.  Later the New York Jets hired her for “Gameday Host” to the team in August 2008. On the other hand, she worked as a regular segment host on the ABC show named Race to March Madness, where she televised nationally weekly show NCAA men’s basketball. She likewise hosted a weekly program, where she interviewed coaches, players, and fans as well.

In 2011, Jenn became a part of Fuel TV as a reporter. However, she worked for only one year and moved to Los Angeles to pursue her acting career. Sterger completed her first movie, The Tenant, which was released in 2009. She has also worked on the movie “Funny Fat Guy”.

Sterger had her breast implants removed in 2009, stating that it had served their purpose for her career and that she was tired of being stereotyped.

Jenn Sterger is currently engaged to a professional baseball player, Cody Decker. They engaged on 23rd December 2016. Previously, Jenn revealed that she was dating the host of Maxim radio, Rich Davis in 2011. 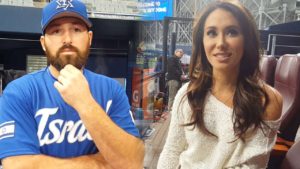 Jenn was also linked to former American football player, Brett Lorenzo Favre. It was reported that Favre sent her text messages and left voice mails inviting her to his hotel room, much to her distaste on October 2010. The league said its sole focus was on whether Favre violated workplace conduct policy, not to “make judgments about the appropriateness of personal relationships.” Favre admitted to sending voicemails, but not images to Sterger. He was later fined $50,000 for “failure to cooperate” with the investigation. The NFL stated that it “could not conclude” that Favre had violated the personal conduct policy, and that there was not sufficient evidence to establish if Favre had sent the photos.Later, it was rumored that Jenn and Favre both had an affair.

Jenn Sterger main income hails from her both modeling and TV professional career, however, she has not mentioned her exact network on social sites. But some wiki sites mentioned that Jenn’s net worth is $1.5 million. The 5′ 2″ model, who had her breast implant removed in 2009 has a seductive body measurement 33-23-36. She is also active on social sites like Facebook and Twitter.