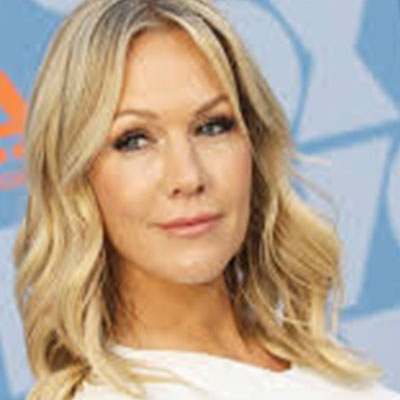 Jennie Garth, born as Jennifer Eve Garth, is an American actress. The stunning actress is known to perform in Beverly Hills, 90210 franchise as Kelly Taylor throughout the 1990-2000 and she played in her own reality show, Jennie Garth: A Little Bit Country.

Recently divorced from husband, David Abrams in 2015, the actress was also previously married to ex-spouse, Peter Facinelli and her first husband is Daniel B. Clark. She has three children from her second marriage. And many more to know about Jennie and her personal life, professional life, net worth, career, marriage, divorce, children, affairs, relationship, and much more.

Garth was born on April 3rd, 1972 in Urbana, Illinois, USA. Born to father John Garth and mother Carolyn Garth, Jennie is a country girl. She grew up on a 25-acre horse ranch.

Jennie did her freshman year of high school from Greenway High School as a freshman and later got transferred to Apollo High School in her sophomore year.

When Garth was 13 years old, the family moved from Tuscola, Illinois to Glendale, Arizona. She was discovered by the Hollywood talent scout, Randy James, and dropped her high schooling to pursue her career in modeling and actress. She later got her high school diploma from California.

Garth’s very first role was in TV sitcom, Growing Pains. Her big break is considered to be the role of Kelly Taylor in the popular TV series Beverly Hills, 90210. , which she got in 1990.

She acted on the show in all of its 10 seasons and also directed two episodes of the show. Her role as Kelly was critically acclaimed and she began to receive national attention due to her skills as an actress, plus her beauty helped on her growth.

Due to the status she received from her role in Beverly Hills, 90210, she came in radar of many directors and producers thus landing roles in several lead roles in made-for-TV films such as Lies of the Heart: The Story of Laurie Kellogg, Danielle Steel’s Star, Falling for You, Without Consent and An Unfinished Affair. She also played supporting roles in the theatrical pictures Telling You, My Brother’s War, and Power 98.

She also played in the sitcom What I Like About You. Garth tanked as 93rd on the 100 Sexiest women of 2001 and 59th on 2000 issue. In 2007 Dancing with the Stars, Garth was invited and was paired with Derek Hough. Garth has appeared in three movies and 33 TV shows.

In 1994, Garth married her first husband, musician, Daniel B. Clark. The couple divorced in 1996.
In 1995, the actress in the process of filming, An Unfinished Affair met the actor Peter Facinelli. They later got married on January 20th, 2001.

Garth, though unnecessary, got converted to Catholicism to marry her then-boyfriend. Garth and her husband, Peter, have three children together. The couple later filed for divorce and were separated in June 2013.

In 2002, Garth was diagnosed with a Leaky heart valve.

The actress, Jennie Garth, who has played several roles in small and big screens has a net worth of $5 million USD.

When Jennie was the guest at the show, Are You Smarter than a 5th grader?, She donated all her winnings 100,000 to her charity, the American Heart Association.