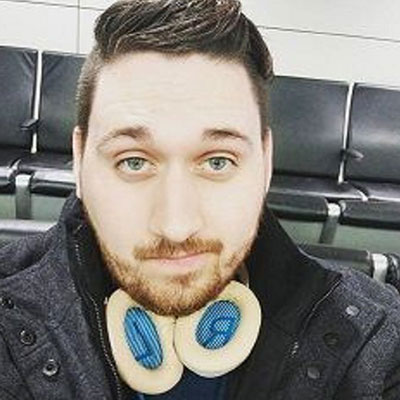 Letter shares videos of  Minecraft, Minecraft Machinima, challenge on his main channel. Whereas, in his another channel he shares Sim content. Letter is currently dating a YouTuber, Megan Leeds. Moreover, he was previously married to ex-wife, Haley Letter. Scroll down to know more about, Letter’s education. career, awards, net worth, early life, salary, properties, relationships, affairs, marriage, children, and divorce.

Zach Letter was born on 24 November 1990, in Wisconsin, United States. He belongs to an American nationality and holds white ethnicity. However, Letter hasn’t revealed any information about his parents and siblings.

Since his childhood, Letter had a keen interest in video gaming and at his early age, he began competing in several video games. After completing his school, Letter joined Northeast Wisconsin Technical College for his higher education.

On January 13, 2011, Zach Letter created his first YouTube channel named AviatorGaming. And since then, Letter began sharing videos of gaming on his channel. He is popular for creating two hit web series ‘Bro Code’ and ‘Nerd Wars’.

Moreover, after a couple of years, on December 7, 2013, Letter further created another YouTube channel named AviatorGamez’. In his main channel, he shares gaming videos such as Minecraft, Minecraft Machinima, challenge, and Omegle videos.

Story Time, Realistic Minecraft Gun Shoot Out, Pregnant Again, Making Babies, I’m Rich etc are some of his most watched gaming videos. Whereas, he shares sim videos on his other channel. Besides this, Letter further produces, writes and directs online video content.

The 27 years old YouTuber, Zach Letter was previously married to his fellow YouTuber, Haley Letter. But their married relationship could not last long as the couple shortly got divorced. However, Letter hasn’t revealed the reason behind their divorce.

Well, Letter is currently dating, Megan Leeds who is also a YouTuber and Twitch gamer known for creating, Let’s Play videos from Diablo to Minecraft. The duo began dating back in 2017. Since then the couple is still together.

They often share beautiful pictures each other on their Instagram. Furthermore, they also make a public appearance together. Although the couple is still dating, none of them has said anything about getting engaged or married. Besides this, there are no any rumors of their separation as well as extra affairs.

Zach Letter’s main source of income is through his YouTube channel and from gaming. Letter earns thousands of dollars from his YouTube and gaming career. However, his exact figure of net worth is still under review.