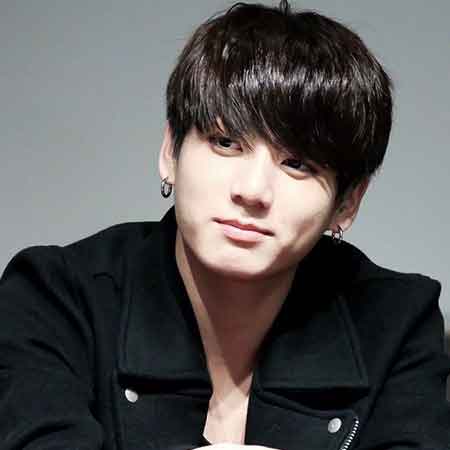 Jeon Jeong-guk better known by his stage name Jungkook or Golden Maknae is a Korean singer who is the youngest member of the South Korean band BTS (Bangtan Boys). He is a talented all-rounder performer. He serves as the lead dancer, main vocalist, sub rapper for the group.

With the increasing popularity of K-pop in the world, BTS has made a lasting impression. The members are internationally recognized. Jungkook is also very famous among the mass.

A native of Busan, South Korea, Jungkook was born on 1st September 1997. He has an elder brother named Junghyun. Regarding his nationality, he is a South Korean and of Asian descent.

As for his education, the 20-year-old attended Baek Yang Middle School and Seoul School of Performing Arts. Jungkook learned to break dance while he was in fifth grade and began B-Boying in the seventh grade. Furthermore, he holds a black belt in Taekwondo.

The singer graduated from The School of Performing Arts on 7th February 2017. Jungkook is currently studying broadcasting and entertainment at Global Cypher University.

Jungkook’s career began when he auditioned for the show Superstar K3. Despite being rejected, Jungkook got offers from various talent agencies including Big Hit Entertainment which he ultimately chose.

Jungkook debuted as a member of BTS on 13th June 2013, with the track “No More Dream” from their debut single album 2 Cool 4 Skool. The K-Pop group has since managed to win the hearts of people all over the world.

The group consists of Junkgook, V, Jimin, Suga, Jin, RM, and J hope. Their fans call themselves BTS Army. They have brought out albums like Dark and Wild, Wake Up, Love Yourself: Tear, Youth and many more

The group has won various prestigious awards throughout the years. They were named the Artist of the Year by Mnet Asian Music Award twice in the years 2016 and 2017. Internationally, the group has won the Billboard Music Award for Top Social Artist consecutively in 2017 and 2018.

Aside, Jungkook sang solo for the song Begin for the album Wings. He has also covered many songs from artists like Justin Beiber, Charlie Puth, Tori Kelly, Zion T and more. The singer has also appeared in many TV shows including Flower Crew.

Jungkook is currently single. His personal life has been a subject of curiosity for many fans. The singer has not been spared from various rumors regarding his dating life. However, he once stated in an interview that his ideal type is a fellow singer Lee-Ji-Eun also known as IU.

Jungkook is said to have dated a girl named Park Se Won while in high school. According to tabloids, they eventually broke up so that the singer could focus on his debut. Apart from that, he has been rumored to be dating the Lovelyz’s Jeong Ye. They were suspected to be in a relationship since the two were spotted wearing similar clothes on many occasions.

Furthermore, the singer was rumored to be dating DIA’s Jung Chae-Yeon after he once jokingly said in an interview that she was his ideal type. Chae-Yeon has since denied the rumors citing him as a good friend.  Jungkook is also suspected to be in a relationship with Min Jisoo also known as Soomi.

However, the singer is very busy with his career. Perhaps he does not have time for romance at the moment.

Jungkook has earned name, fame and a great deal of money from his successful music career. The net worth of the talented artist is estimated to be around $8.3 million. Furthermore, the combined net worth of the whole group is about $35 million. Junggkook along with other members of BTS has performed in many events as well.

The singer lives with other members of the group in a luxurious apartment complex named Hannam Hill apartment in Gangnam Seoul. One of the units in the complex is reportedly valued at $75 million. The dormitory is perfect for BTS since the place has a good security system.

Well, Jungkook is living a life of luxury. Aside, BTS is being recognized worldwide and their loyal fans have supported the group throughout the years.