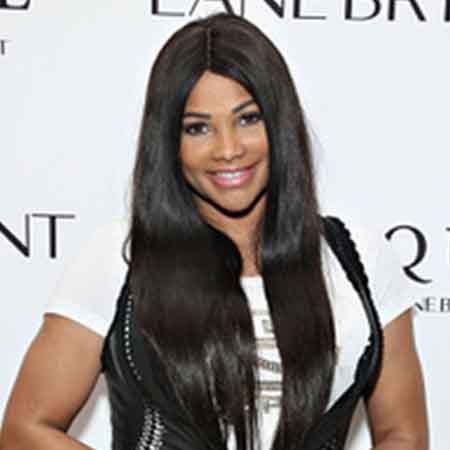 Sandra Denton, widely known by her stage name Pepa is a Jamaican–American hip hop artist/rapper and actress. Denton is better known for her work as a member of the Grammy–award-winning female rap trio Salt-n-Pepa.

As of 2019, Sandra Denton has an estimated net worth over $15 million. Further, her annual salary is $235,000. She was previously engaged to boyfriend, Prince Markie Dee and was further married to former husband, Treach. Denton is currently living with her husband Gurps Singh Rai.

Allocating information from several sources as of 2019, it is found out that Denton’s current estimated net worth is around $15 million. In addition, her annual salary is reported to be $235,000.

Talking about her personal assets, Denton purchased the luxurious property in 1996 for $610K and sold it in 2005 for $950K, according to Morris County records.

As per reports, Denton ba ought new house in Malibu that consists of 2 bedrooms and beautiful view. This property has an estimated value of $6.75 million.

You may like: American Rapper Gucci Mane’s Net Worth and Salary!

One of the multiskilled personality, Sandra Denton has maintained a standard life. Since long, she is still active in the field of singing and has released several albums and songs. Moreover, Denton further earns more money from her acting career.

Previously, Sandra Denton dated and was engaged to rapper, Prince Markie Dee in the mid-1980s. Denton gave birth to her first son Tyran “Tah-Tah” Moore known as Tyran Jr. Denton in 1990 who made a guest appearance in Ricki Lake in 1994. But things didn’t go well in between the couple and they finally separated.

After that, Denton tied the knot with Treach on 2nd April 1999. They dated on and off for around seven years before getting married.

You might want to read: Grammy Award Winning rapper ‘Chance The Rapper’ Bio!

The duo welcomed their daughter Egypt Jahnari Criss on 2nd September 1998. But due to the allegations of physical abuse by Treach, the couple divorced in 2001.

Currently, Denton is living with her current husband Gurps Singh Rai. However, none of them have mentioned the actual date of their wedding. Denton and Gurps are living happily without facing any rumors of divorce.

Sandra Denton was born on 9th November 1966, in Kingston, Jamaica. Denton is the youngest child among eight children of  Charles Denton and Enid Denton. Until the age of six, she lived with her grandmother on a farm in Jamaica.

When she was three years old, Denton’s parents moved to Queens, New York, and she later joined them. But in 1979, Denton moved to Logan, Utah and lived with her older sister Patsy Denton.

She attended the Logan High School for a short period of time. After that, in 1983, Denton graduated from Springfield Gardens High School. Furthermore, she attended Queensborough Community College to study nursing.

In the production by Hurby “Luv Bug” Azor, Sandra Denton released her first single “The Showstopper” in a collaboration with James. The song was a moderate R&B hit during late–1985. Later in 1986, Deidra “Spinderella” Roper joined Denton and James and shortly they released full-length debut album, Hot, Cool & Vicious.

And back to back, they released four other albums including A Salt with a Deadly Pepa, Blacks’ Magic, Very Necessary, and Brand New. Likewise, Denton was also a cast member of VH1’s The Surreal Life (season 5) in 2005. Besides this, in 1992, Denton made her movie debut through Stay Tuned.

Furthermore, Denton further starred in the movies including 3 A.M., Love and a Bullet, OZ, The Perfect Holiday etc. Similarly, in 2010, she also starred in her own reality show called Let’s Talk About Pep. In the same way, Denton further appeared on the TBS sitcom “Are We There Yet?” portraying the role of Tammy.