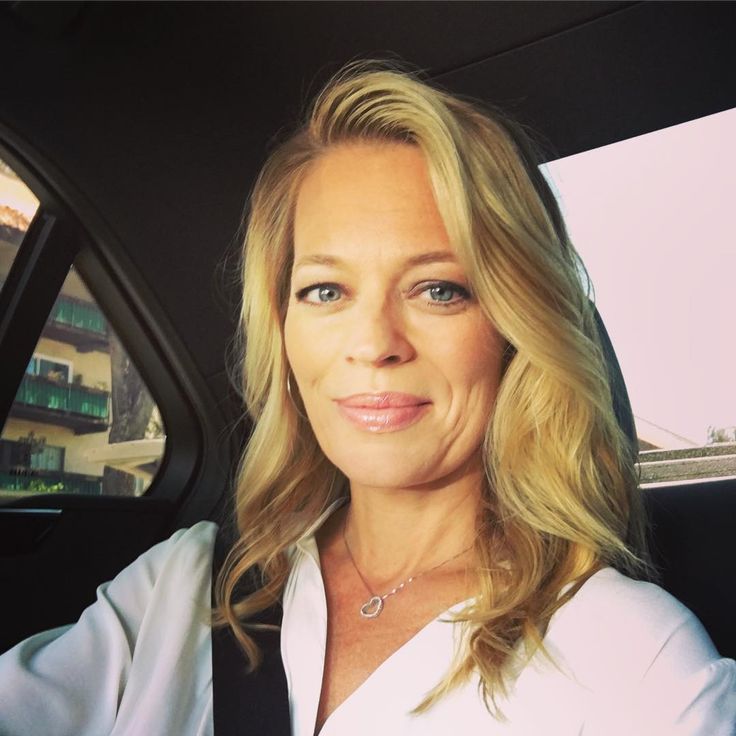 Jeri Ryan is a Golden Satellite Award-winning actress. She is widely known for her role as the Borg Seven of Nine on “Star Trek: Voyager.” Having active in this entertainment industry since 1991, she has appeared several films and TV series.

Jeri Ryan(Jeri Lynn Zimmermann) born on February 22, 1968, in Munich, Germany. Her father Gerhard Florian “Jerry” Zimmermann, a master sergeant in the United States Army. Her mother Sharon is a social worker. She has an older brother named Mark.

As a member of British Army, Ryan grew up on Army posts in Kansas, Maryland, Hawaii, Georgia, and Texas. At the age of eleven, her father retired from the Army and the family resided in Paducah, Kentucky.

Jeri Ryan attended Lone Oak High School and graduated from there in 1986. Then, she enrolled the Northwestern University, where she became a member of the Alpha Phi sorority. Later on, she graduated from Northwestern in 1990 with a Bachelor of Arts degree in Theatre.

In 1989 Ryan was chosen as Miss Illinois. She competed in the Miss America 1990 pageant where she finished as third runner-up, winning the preliminary swimsuit competition.

After completing her graduation, Jeri began her acting career in the series “Who’s the Boss?” playing Pam in 1991. After making her appearances such as Melrose Place, Matlock, and The Sentinel, and Co-Ed Call Girl in the series.

Then, she made her big break when she got a role as the extraterrestrial investigator Juliet Stuart on television series ‘Dark Skies’ in 1997. However, the show was canceled after one season, but the role drew the attention of the science fiction community.

From 1997–2001, Ryan was chosen for the role on the science fiction series “Star Trek: Voyager” as Seven of Nine, a former Borg drone who joins the crew of the Federation star ship, Voyager.

Ryan joined the cast of David E. Kelley’s series “Boston Public” in 2001 where she appeared the role of Veronica “Ronnie” Cooke, a frustrated lawyer who stops the bar to become a high-school teacher. The series ended in 2004.

Furthermore, Ryan was also in the short film Mortal Kombat: Rebirth as Sonya Blade, which was directed by Kevin Tancharoen. She was also regular in the medical drama series Body Of Proof. Ryan made a return guest appearance on the TNT drama Leverage in season 4, episode 13 as the grifter Tara Cole, in the episode titled “The Girls’ Night Out Job”, which showed on December 11, 2011.

The two met when the filming of the show ” Star Trek: Voyager.” The shocking thing about that is that from February to November of 2000 the couple was stalked, the stalker later being convicted of Harassment and threats.

In 2003, Ryan met French chef Christophe Eme at a chef’s charity event. The couple sooner began a relationship, and Eme moved in with Ryan. On June 16, 2007, the couple tied the knot. On March 2, 2008, Ryan gave birth to daughter Gisele Eme in Los Angles, California.

Twitter: Jeri Ryan with her husband in their wedding;

10 years ago today.
Yep, I think l’ll keep him.
I ❤️ you, @ChefEme !#happyanniversarytous pic.twitter.com/wU2ZowOsf7

Actress, Jeri Ryan sold her French-country-inspired estate in Encino for $4.95 million. She bought the property nearly two decades ago for $4,000,040 which she later worked to great lengths to create a French-country-inspired estate. Jeri Ryan’s net worth is estimated to be around $30 million. She is also an animal lover and has a cute dog and cat.