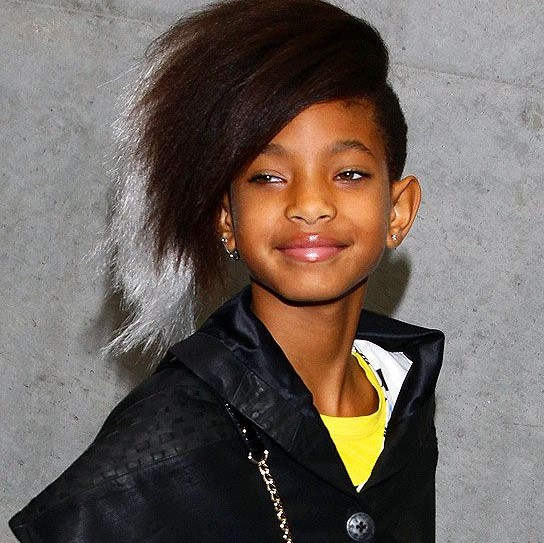 Young Artist Award winner, Willow Smith is an American actress, singer, and dancer. She is widely recognized for her song “Whip My Hair” and for “Fireball.”

Willow Smith is currently dating with rapper, and musician Tyler Cole. She was in a relationship with actor Moises Arias in 2014.

Willow Camille Reign Smith professionally known as Willow Smith was born on 31st October 2000, in Los Angeles. She is the daughter of actor-musician Will Smith and actress-musician Jada Pinkett Smith. Moreover, Smith and her brothers Trey Smith and actor-musician, Jaden Smith are youth ambassadors for Project Zambia, which, in association with Hasbro, grants support for Zambian children orphaned by AIDS.

Willow started her career journey from the blockbuster movie “I am a legend “in 2007 alongside her father, Will Smith. As a result, the film was highly successful and was nominated Young Artist Award for the best performance in a feature film.

Then she landed in the movie “An American Girl” in 2008. The same year, she also voiced in the animated series- Madagascar: Escape to Africa 2 as a young Gloria.  After that, she starred in a guest role on the Nickelodeon series “True Jackson, VP” playing Young True from 2009 to 2020.

As a singer,  Smith began her Musical debut with her single “Whip My Hair” in the year 2010. She rose to fame through her single which was ranked in the 11th position of the Billboard Top 100 charts. Soon after then she released her second single “21st Century Girl”.

In 2011, she then again released another music video with a collaboration of Smith and rapper Nicki Minaj and the song was named-Fireball.

In 2013, Willow Smith, along with DJ Fabrega, started a duo titled ‘Melodic Chaotic’ “The Intro” as the first her work and “Summer Fling” as the second work. The song was widely criticized by fans and critics due to the incorporation of fake English accent.

In 2015,  Smith released her music ‘F Q-C #7’ which was interestingly based on the scientific name of the first hominid bones found on earth.

Willow Smith came to limelight after she was rumored to be lesbian on the internet. Reportedly, she uploaded a photo with the caption- I love beautiful women. It was a simple gesture appreciating women beauty but the fan followers took it as a public announcement regarding her sexuality.

Willow Smith is currently dating with rapper, and musician Tyler Cole. She was in a relationship with actor Moises Arias in 2014.

On 26th June 2017, she and her older brother Jaden Smith spent some splendid time together. They threw up some hand signs while hanging out in a parking lot outside of the Calabasas Commons in Calabasas, Calif.

Jaden rolled two different shoes as well as two different socks, and she spotted purple tie-dye shorts. In fact, the two were joined by their friend Tyler Cole. While it was freshly announced that two have both went out of their parent’s house.

Willow Smith was nominated for several awards and won the awards such as Young Artist Awards, Virtua Magazine Awards, NAACP Image, VEVOCertifiedAwards, and BET Awards.  On 6th December 2016, she has covered for Vogue Paris. The 5 feet star holds an American nationality and belongs to white ethnicity.

As of 2017, her current estimated net worth is to be around $40 million. Most of her salary hails from her singing and acting career. Being a teen sensational star she has a huge fan following on social networking sites like Twitter, Instagram, and Facebook.