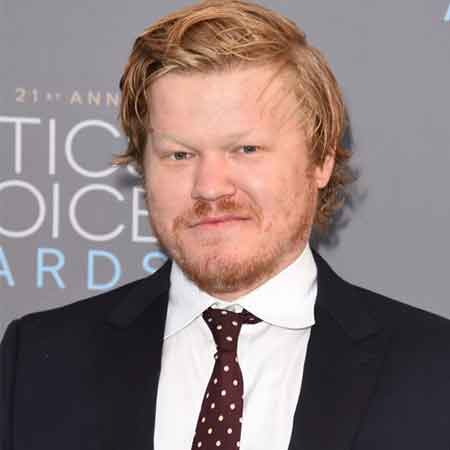 Jesse Plemons is an American actor and comedian better known for his role as Landry Clarke in the NBC drama series Friday Night Lights. Plemons is engaged to his girlfriend Kirsten Dunst.

From their relationship, Plemons and Kirsten have a son Ennis Howard Plemons born on 3rd May 2018. Plemons further starred in the Oscar Nominated movie The Post.

Jesse Plemons was born on 2nd April 1988, in Dallas, Texas, United States. His parents are mother Lisa Beth and father Jim Bob Plemon. Plemons grew up along with his elder sister Jill Plemons in Mart, a small town outside Waco.

Jesse Plemons made his acting debut in 1998, playing the role of Hobo in the movie Finding North. His other notable movie appearances are in The Failures, Observe and Report, Shrink etc. In 2019, Plemons will be starring the movies including The Irishman and  Jungle Cruise.

Similarly, Plemons made his first television appearance through the series Walker, Texas Ranger. Plemons is well recognized for his role as Landry Clarke in Friday Night Lights. Other casts of the series include Connie Britton, Taylor Kitsch, Kyle Chandler, and others.

Jesse Plemons is engaged to his girlfriend Kirsten Dunst who is an American actress. Plemons met his girlfriend on the set of Fargo in 2016, and soon began dating. After dating for a year, the couple decided to take their relationship to the next level and got engaged in January 2017.

The pair is blessed with a son Ennis Howard Plemons from their relationship. Their son was born on 3rd May 2018. Plemons and his partner Kirsten is happily enjoying their relationship. However, none of them have mentioned any plans of getting married.

Plemons and Kirsten might have plans of getting married and live happily as a husband and wife with their children. The pair is successfully maintaining their relationship without facing any rumors of breakups. Besides this Plemons hasn’t dated any other girls in past.

Aged 30, the renowned actor Jesse Plemons stands the height of 5 feet 10 inches which is 1.78 m tall. Furthermore, he has maintained a perfect body figure.

Jesse Plemons currently has an estimated net worth of $3 million. His main source of income is through his acting career. Starting his career in 1998, Plemons is still active in the same field and has starred in several movies and television series so far.

Analyzing his hard workS and dedication, the net worth of Plemons is sure to be raised in the coming days. Moreover, his wife Kirsten Dunst has an estimated net worth of $25 million.