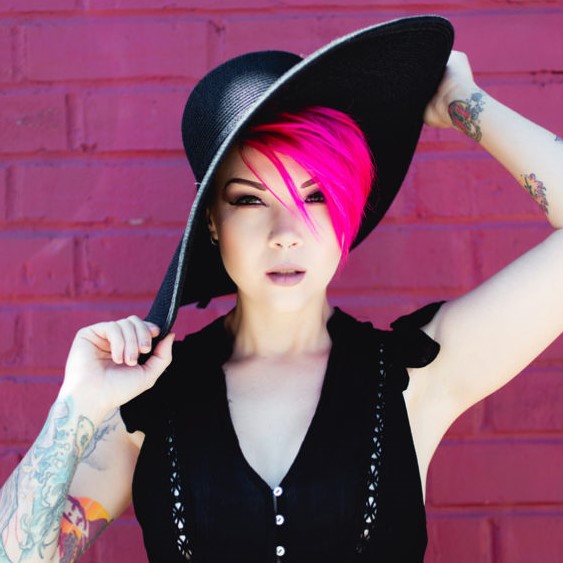 Jessica Warburton is a Bio Ionic Style Award winning hair stylist and former army sergeant. Jessica is widely known for working as a stylist at the award-winning “Butterfly Loft Salon”. She has worked with A-List celebrity clientele, fashion designers, musicians and editorial magazines.

Jessica Warburton was born in the years of 1982 in the United States of America. She attended the University of San Diego in 2007 and graduated from there in 2009. Then, she went to attend the Regency Beauty Institute in 2011 and graduated with Cosmetology Grade A from there in 2012. She is very close to her mother, in fact, her mother is cancer survivor too.

With her mother during her childhood:

She is a volunteer for the Look Good Feel Better program and can still wrap a mean head scarf.

Jessica Warburton joined US Army in September 2002 where she served as a Counter Intelligence Sergeant, 35L. But after serving around eight years there in 2010, she was diagnosed with a late stage of ovarian cancer.

Have a look her pic during her military service:

During surgery, she flatlined and stopped breathing as the surgeon removed about 12 lbs of cancer from her body. She couldn’t stay in the military so she left the service in October 2010 to find something else.

During her surviving time at the hospital:

During cosmetology school, she always got handed the crazy color corrections that walked through the doors. At the time, she absolutely hated it. They were a lot of work and took forever. Her teachers gave them to her because apparently, she was good with color.

She studied her butt off and took as much advanced training that she could get her hands on. she believes that if a stylist knows the “rules” of color and chemistry than a stylist can safely and successfully break those rules.

Have a look her pic before turning hair stylist  and after:

Many of the looks she has created were the result of a rebel hearted rule breaker. Stepping out of her comfort zone usually yields incredible profits. she wouldn’t be where she is had she not messed up some hair, broken a few rules and been her true self.

During chemotherapy, she offered to style a woman’s wig for her. It was the ugliest granny 80’s wig she has ever seen so she took it home. She watched a few YouTube videos and Tabitha’s Takeover, used her grandma’s kitchen scissors and chopped it up and gave it back. She and her grandfather loved it, therefore, she decided to go to cosmetology school.

Have a look her cutting style:

In January 2013, she took the leap to move to Los Angeles to pursue her freelance career and have loved every moment of it. She is pursuing her career as a Licensed Cosmetologist.

Look at her color style:

When she started working in Los Angeles, she found an Instagram post from another artist, Christina Guerra looking for an assistant. Soon, she emailed her immediately and she asked for a website. At the time, she didn’t have the money to maintain a web page so she raced home and created a Facebook page instead. She was impressed with her hustle and hired her on the spot.

That got her foot in the door and helped her find hustle. After that, she made sure to meet as many people in the hair world as she could. She joined Celestine Agency in March 2013. There she is working as an assistant in Hollywood.

Jessica currently works as a stylist at the award-winning “The Butterfly Loft Salon and Spa”. Since joining January 2014, she has been working with A-List celebrity clientele, fashion designers, musicians and editorial magazines.

Jessica can create specific looks for editorial submissions, weddings, special events or just a memorable night out on the town. Makeup lessons are also available to teach you how to create a flawless look of your very own.

Warburton was granted her award by Bio Ionic Founder Fernando Romero and last year’s winner, Kelsey Deuel. Warburton and her work will be highlighted in an upcoming issue of MODERN SALON. 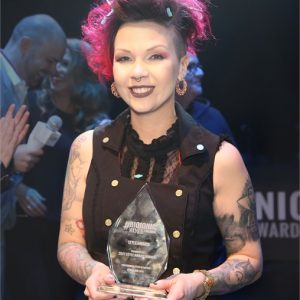 Salon of the Year was given to Butterfly Loft in Encino and the award was received by owners of the Butterfly Loft Salon, David, and Alexis Thurston.

Being a well-known personality, her personal life also matters for her fan. After holding a title of Bio Ionic Style Award, her fans are growing day by day.

Her admirers are interested about her personal life, but she has kept her personal life under the shadow. In fac, her relationship status is still unknown to us whether she is dating anyone or not but in 2016, she revealed that when she started at the Butterfly Loft, she was in a pretty abusive relationship.

She said she needed a way out. she did not beat cancer so that another person could hold her down instead. She knew that she had to leave her comfort zone in order to succeed and to escape.

Being a former military sergeant and sensational hair stylist, Jessica has worked with the high profile celebrities such as Selena Gomez, Gene Simmons, and Paul Stanley.

She even got to touch up Julia Roberts’ lip gloss once and has been making a name for herself in the hair space. She surely earns her attractive salary from her career however, her current net worth is still unknown to us.