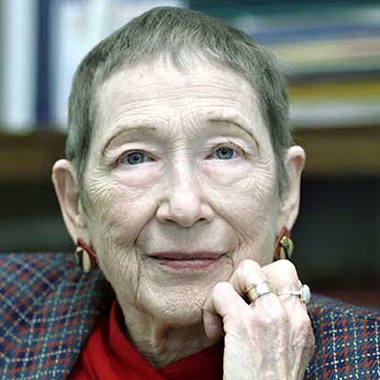 Joanne Simpson is known as the first woman to receive a Ph.D. in meteorology. She is known to have taught and researched meteorology in several universities.

Born as Joanne Gerould, Joanne Simpson was born on March 23, 1923. She is well known internationally as she was the first woman to receive Ph.D. in meteorology. She died on March 4 2010 but we still remember her deeds towards the meteorology field. Simpson studied at University of Chicago and was graduated from there. She is also one of the active member of National Academy of Engineering. She have also taught her students in different universities as well as federal government.

She even have researched on tropical meteorology including hurricanes, trade winds, hot towers etc. Simpson have also taught in her own University from where she graduated. In the field of tropical meteorology, she have many contributions in atmospheric sciences areas. For developing Tropical Rainfall Measuring Mission (TRMM) she have had the main contribution. She have given lessons to her students at New York University, Woods Hole Oceanographic Institution, Illinois Institute of Technology, Environmental Satellite Services Administration, University of Virginia and National Oceanic and Atmospheric Administration.

“I am not convinced that either the position, rewards or achievements have been worth the cost. My personal and married life and child raising have surely suffered from the professional attainments I have achieved.”

As a Professional Meteorologist

When Simpson was awarded with Rossby Medal in 1983, she expressed her feeling saying “it isn’t really so ridiculous that I did all of this. I’m not really a freak; I am a member of the community.” She also quoted saying “I am not convinced that either the position, rewards or achievements have been worth the cost. My personal and married life and child raising have surely suffered from the professional attainments I have achieved.” When her article was published in Annals of the New York Academy of Sciences. She had a brother named Daniel C. Gerould. He was the professor of Theatre and Comparative Literature at City University of New York and was also the director of Publications of Martin E. Segal Theatre Centre.

Personal Life and Other Works

Malkus and Riehl thought that it was due to moist convection that started near the surface that continued rising relatively adiabatically to near 15000 m which they called as undiluted chimneys but later they named it as hot towers. She also became the director of Project Stormfury by 1966. She also have had the chance of becoming NASA’s lead weather researcher. Over 190 articles she have also authored and co-authored. In 1954

Simpson was awarded Guggenheim Fellowship and in 1962 she won Melsinger Award from the American Meteorological Society (AMS). She was also titled “Woman of the Year” by Los Angeles Times in Science during 1963. She also won the Department of Commerce Silver Medal in 1967 for her work with Experimental Meteorological Branch. In 1968 she was also elected as a fellow of AMS. In 1983 she was highly honored for outstanding contribution to man’s understanding of the structure of the atmosphere.