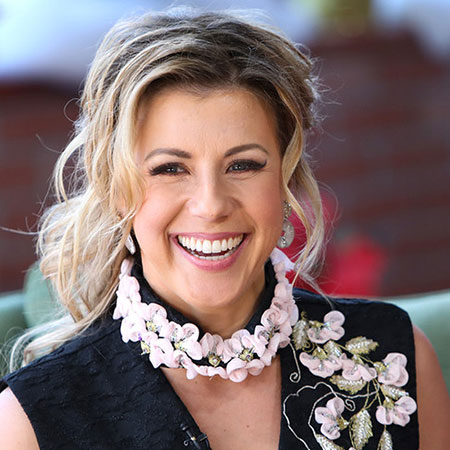 Jodie Lee Ann Sweetin, often known as Jodie Sweetin, introduces herself as an American actress and television personality. Sweetin’s role as Stephanie Tanner on the television comedy Full House has been widely appreciated. She is also best known for her role as Stephanie Tanner in spin-off series of sitcom Full House, Fuller House. With her charming face and cute smile, this diva has been able to present herself as an actress with beauty and brain. Her work has been widely appreciated not only by her outer look but also by what she has got inside. To get the position currently hold, this gorgeous personality has worked dedicatedly and continuously for more than 25 years.

Talking about her early life, Jodie Sweetin was born on January 19, 1982, when her parents were in jail. Being far from her parents, she was raised by her uncle Sam Sweetin when she was nine months old. She made her debut acting from sitcom Valerie in 1987 playing the role of Pamela. She played role in Full House cast by Jeff Franklin from 1987 to 1995 which has been considered as one of her most famous roles. Sweetin attended Los Alamitos High School. She also attended Chapman University in Orange, California.

Jodie Sweetin’s other works include The Hogan Family (as Pamela Poole), Brotherly Love (as Lydia Lump), Fuller House (as Stephaine Tanner) and much more. Recognizing her acting, she has been nominated for various awards such as Young Artist Award for Outstanding Young Comedienne in a Television Series (Full House ) for four years from in 1988, 1989, 1991 and 1993. She was also the recipient of TV Land Award for Quintessential Non- Traditional Family for Full House.

“I think as a pregnant woman we’re all looking for stuff that makes us all look cute and fashionable and feel sexy when we’re pregnant.”

Talking about her personal life, Jodie Sweetin had married with three other men before she married with Justin Hodak on January 22, 2016. She married her first husband Shaun Holguin in 2002  and divorced in 2006. Her married relationship with her second husband Cody Herpin existed from 2007 to 2010. She met her third husband Morty Coyle and married on 2012 but divorced in June 2013. Jodie Sweetin was a drug addict and she has been recovering from it. She is currently spending a sober life. She has a height of 5’6’’. She has made net worth  of $ 400 thousand. To get more update about the sexy actress, she can be followed on various social networking sites and information about her event can be found on her official websites.