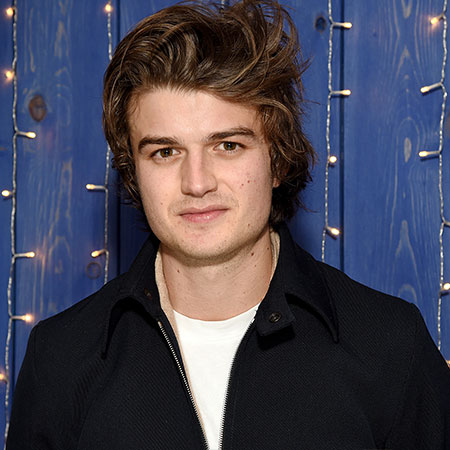 An American actor, as well as musician, Joe Keery, is known for his portrayal role of Steve Harrington in the American science-fiction horror TV series, Stranger Things. Likewise, his other notable roles are in Molly’s Game, Shotgun etc.

Keery attended the River Valley Charter School for elementary and middle school. For his higher studies, he joined the Newburyport High School. Keery attended Theater in the Open during his younger years and began his acting in school and further performed there. In 2014, Keery graduated from the DePaul University.

Soon after completing his graduation in 2014, Keery went to over a hundred auditions. Well. Keery made his first acting debut in the movie Henry Gamble’s Birthday Party portraying the role of Gabe. The same year, he further starred in the television series Sirens as Scenester.

Similarly, in 2015, he appeared in several other series including Chicago Fire and Empire. His big breakthrough came after, he portrayed the role of Steve Harrington in the American science-fiction horror TV series Stranger Things. Since 2016, Keery still appears on the series.

Furthermore, Keery starred in the movie The Charnel House in 2016. Likewise, his other notable movie roles are as Trust Fund Cole in Molly’s Game (2017) and as Chris in Shotgun (2018). Moreover, his next movie Slice is in post-production.

The 26 years old,Joe Keery is not married yet. However, Keery is currently in a relationship with Maika Monroe. Maika is an American actress and professional kiteboarder. The duo began dating back in May 2017 and is still dating.

They often spend their time together and often make a public appearance together. Although the couple is dating, they haven’t mentioned any plans of getting married or engaged. The couple is enjoying their love life and yet there are no any rumors of their separation. Besides this, Keery hasn’t dated any girls in past.

Joe Kerry earns a good sum of money from his acting career. His main source of income is through acting. He has starred in popular movies and television series including Stranger Things, Molly’s Game and Shotgun.

As of now, Keery has an estimated net worth of $2 million. Keery owns several dogs of different breeds including Pomeranian worth $750-$950 and Cockapoo worth $1000-$1400.